Seashells on the stage part 2

Since we visited the outdoor stage we have been practising our acting and filming skills.

We used a giant green screen to film against. This is what they use in the real movies to add virtual backgrounds to the films. 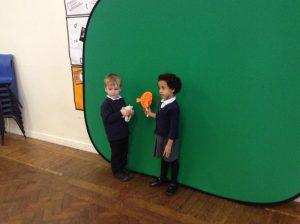 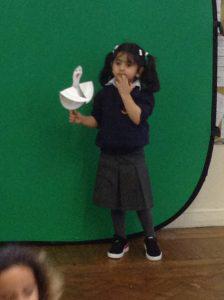 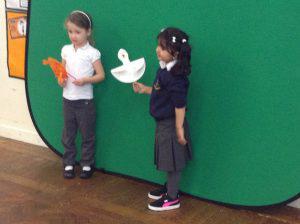 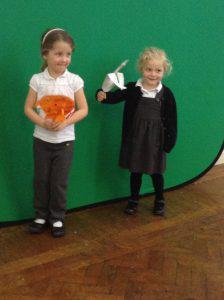 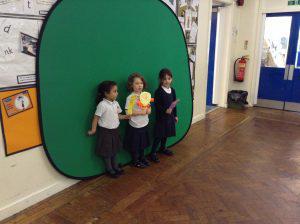 We took turns to act out the scenes from the story. We remembered to use loud, clear voices so that everybody could hear us. We also faced our puppets to the front so that the characters were easy to recognise. 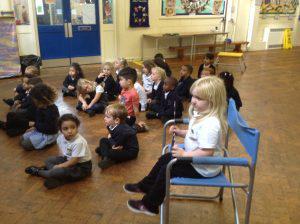 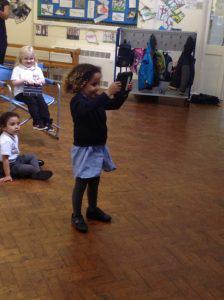 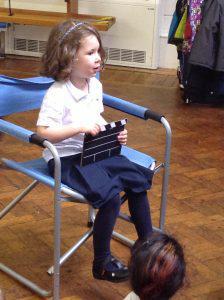 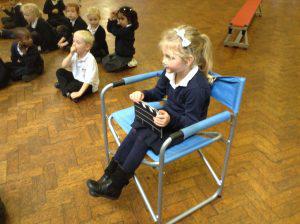 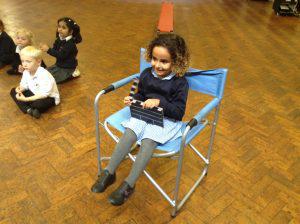 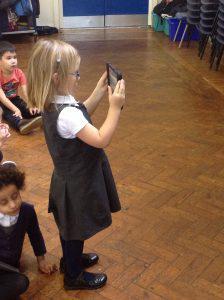 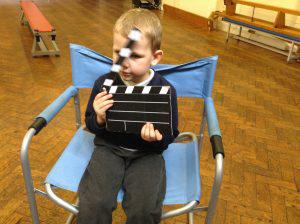 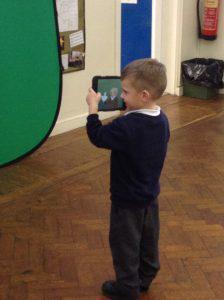 We talked about the different roles and jobs that are needed to film a movie such as the director and the camera man. We even used a clapperboard to tell people when the filming was starting. 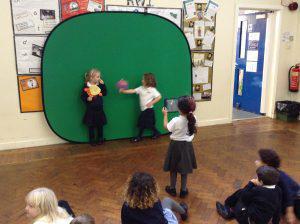 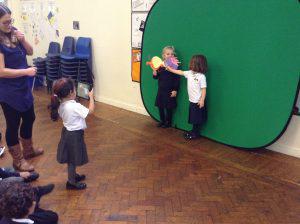 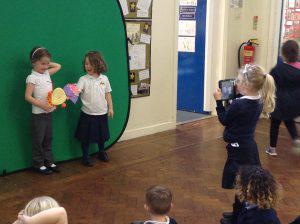 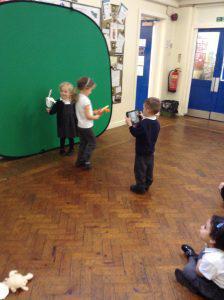 The Seashells used the Ipad to film each scene. It was really tricky to keep it still and to make sure that we didn’t film outside of the green screen. We showed the recording to the director so that they could decide if we needed to retake it or improve it.

We also made created sound effects for the storm scene using instruments such as rainmakers and a thunder drum. 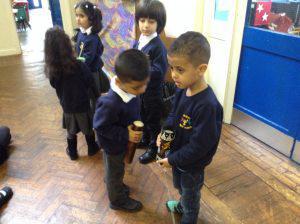