Seashells to the Rescue!

Last week, after visiting us for story time, Ted Bear sent us a letter asking for our help with a problem he was having. 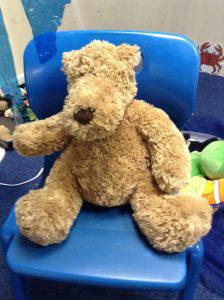 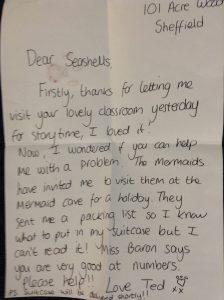 He was trying to pack his suitcase for a trip to the mermaid cave but unfortunately had made rather a mess of it, and he had no idea what he’d packed or if he had packed the right amount of things.

I was so impressed with the children’s thinking skills. They knew that we needed to identify the items and sort them into groups before we could begin to count them. They were very good at working together and taking turns.

Then we had to read the numbers on Ted’s packing list to work out how many of each item he should have put in the case. The children are getting really fast at recognising numbers.

Once we knew how many we needed we had to count out the right number from the piles that we had sorted. This bit was tricky because Ted had overpacked nearly every item on the list! 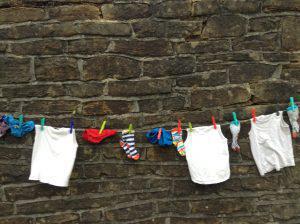 Ted also needed his beach bag sorting and checked and he’d left his washing out and it was all muddled up. The children worked in groups to solve all of Ted’s problems. They had to use their counting skills and match the right number to each item. 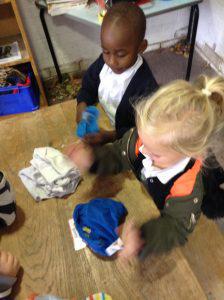 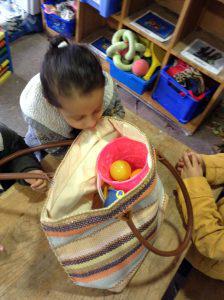 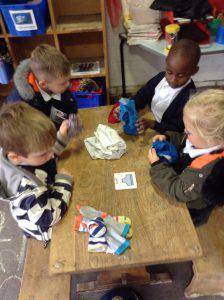 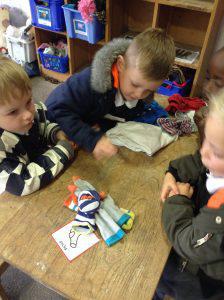 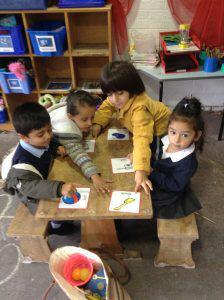 Well done for helping Ted everyone, I’m sure he is a very pleased to have such brilliant mathematicians as his friends.