Summer 1 Can we build it?

This week in maths, we have been learning about capacity. We looked at some different containers and described their shapes. Some were narrow, deep, wide, tall, circular even cuboid shaped! Then we learned some words to describe the capacity of a container including empty, full, half full and nearly full.

We explored filling containers with cubes, water and compost. we described the capacities to our talk partners. We had several maths lessons outside as the weather was so nice! We conducted a little test to see which one out of 6 containers would hold the most water. We talked about the test being fair by making sure we only put in one cupful of water at a time, they were all empty to start with and most importantly that each of our cup measures were the same. We created a table to show our predictions and the end result.

Day 1 -This week is our third and final Forest School outing of the year. First we talked about the changes that have happened in the trees, weather, plants and environment since we last visited the area back in February.

Then we had a challenge to complete  'Build a house for the pigs to help keep them safe in the forest.'. We talked about the skills we would need including: good teamwork, listening skills, thinking skills and construction/motor skills.

Each group had a base material to use. These were; straw, sticks, plastic bricks and stones. However, we were allowed to use other materials to help support our house structures as long as we could find it in the forest area.

The children found lots of materials to use, such as pine cones, twisty branches, twigs, fir tree needles and catkins. The stones group also found lots of extra stones to use along with the original few that they were given.

The brick group even made a carpet, a swinging bed and a table for the pig in their house!

The straw group used sticks for their foundations and then used straw to make their house cosy and warm for the pig.

The stick group found bendy sticks that they weaved in and out of the larger sticks with some help to make the walls of their house.

We are going to leave the houses overnight to see if they survive the weather. Miss baron has heard rumors that there is a hungry Wolf who might pay a visit to the pigs in the near future...

On Tuesday and Friday afternoon we learned about the artist Andy Goldsworthy. We looked at some of his famous sculptures made from natural materials such as stone, wood and leaves. Then we went out to Forest school and worked collaboratively to make our own creations with pine cones, sticks, stones and dandelions. We took photographs to keep records of our work and then we returned all the materials to where we had found them just like Goldsworthy does. 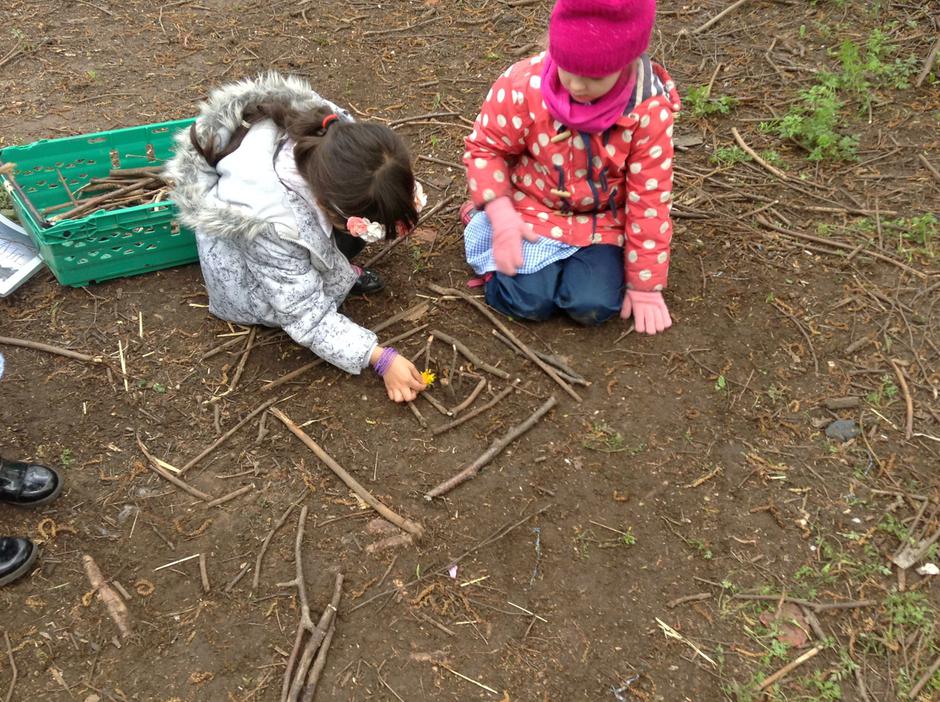 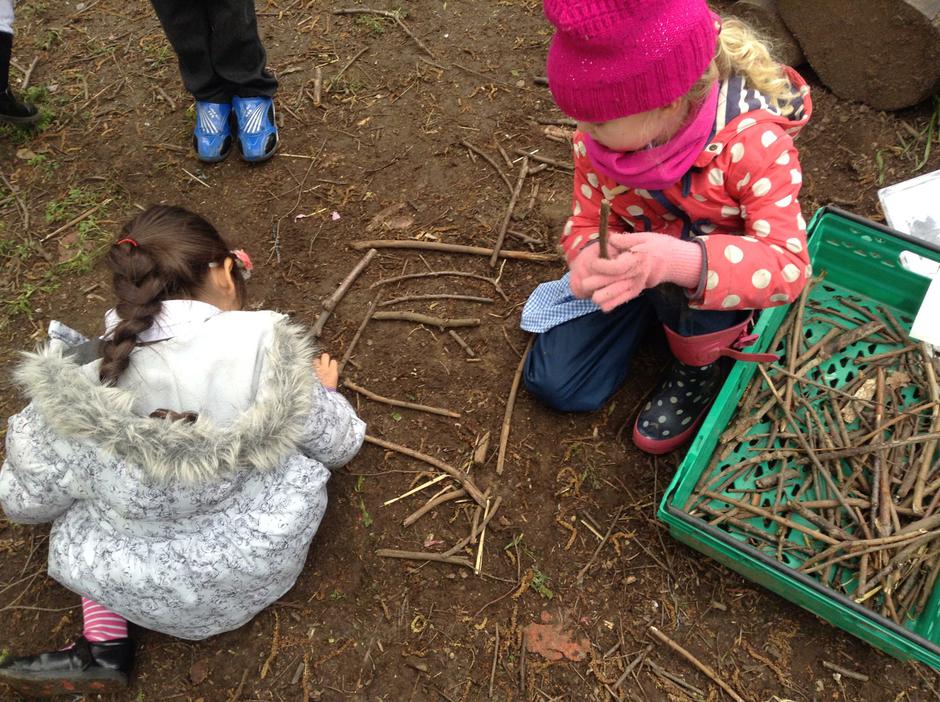 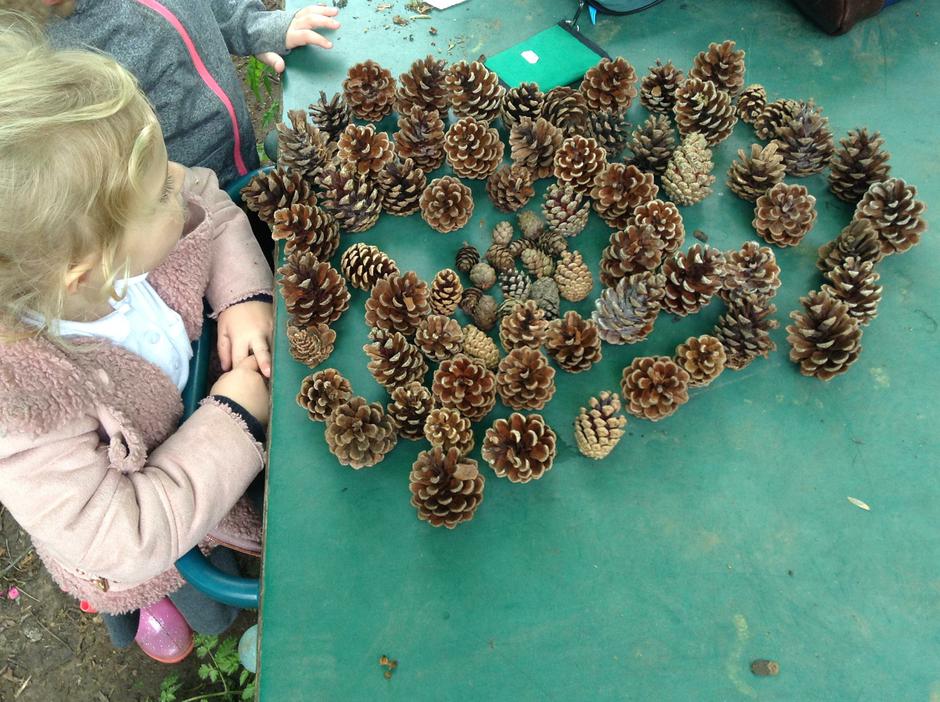 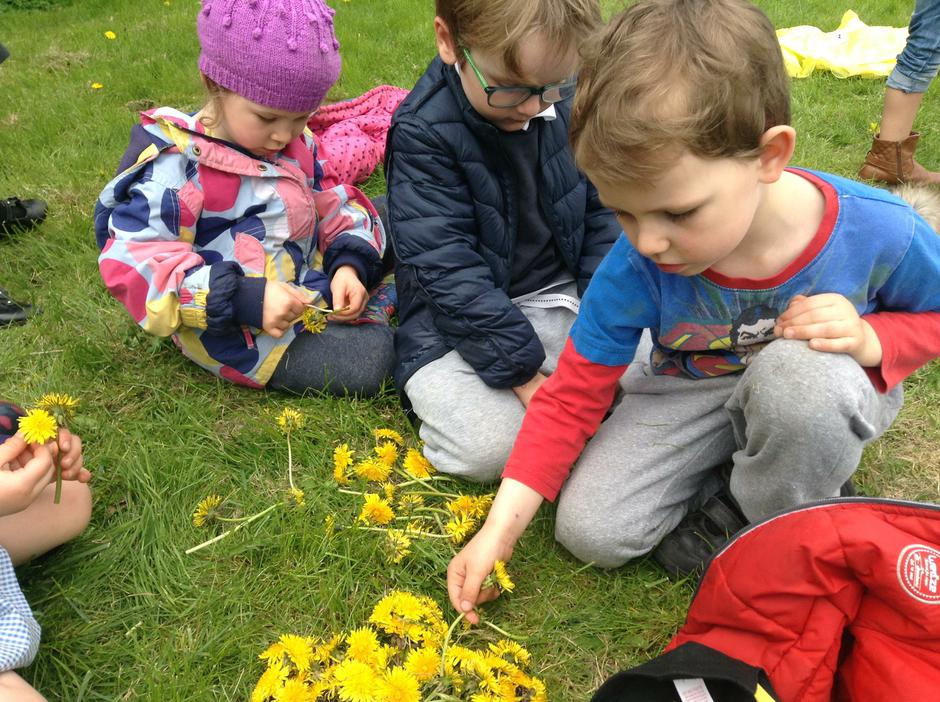 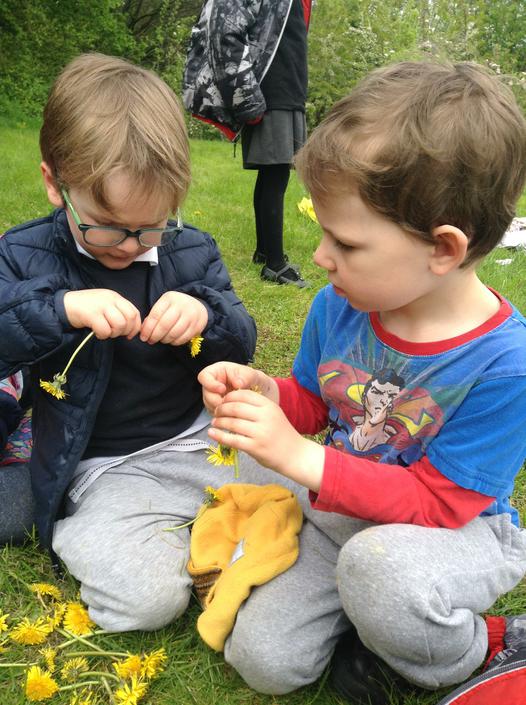 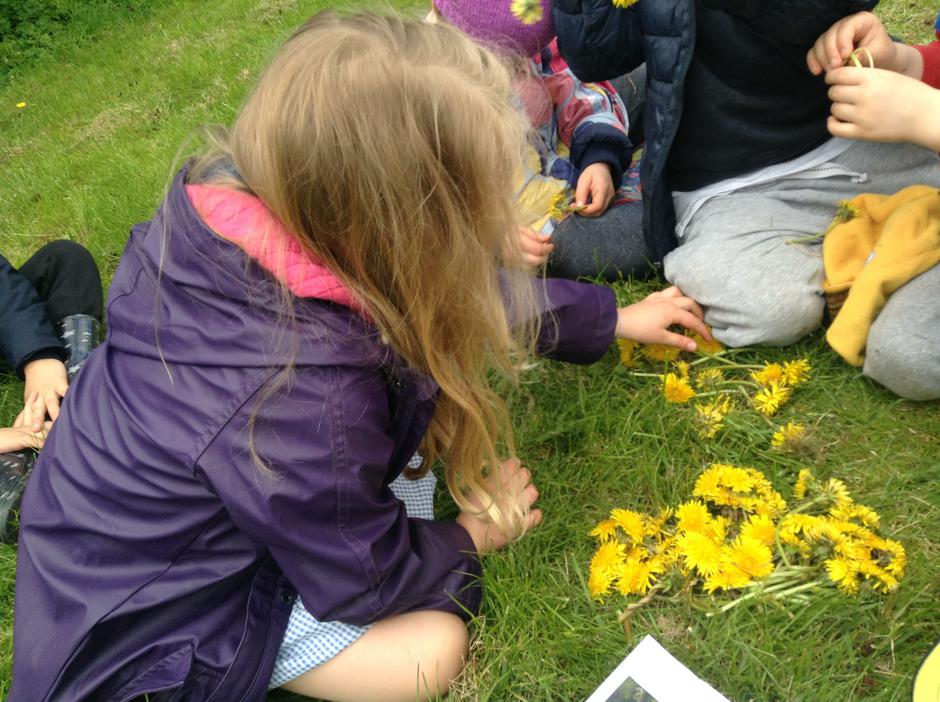 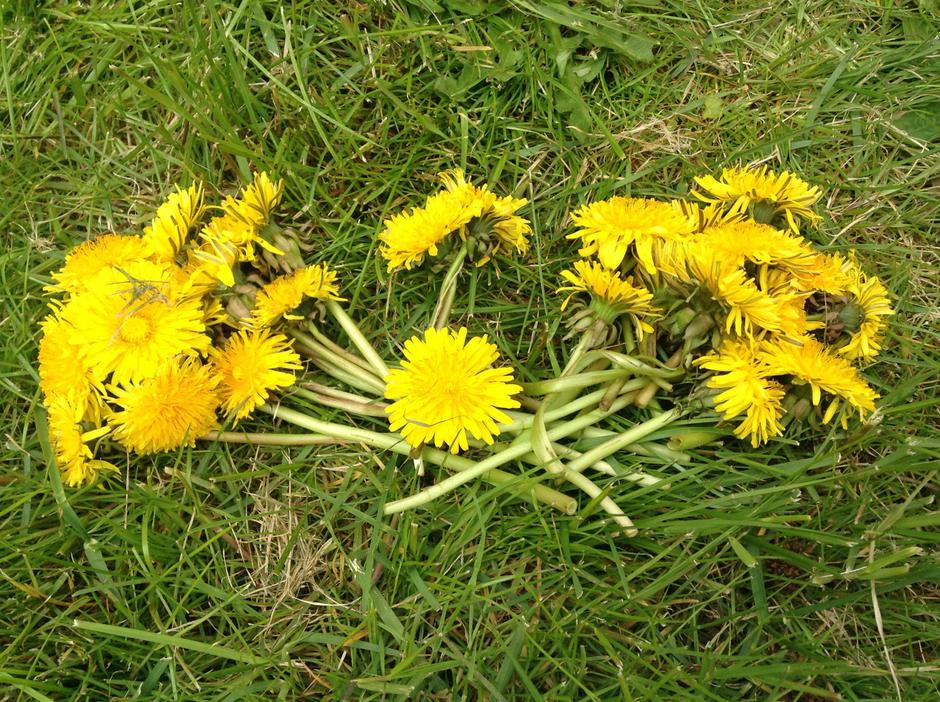 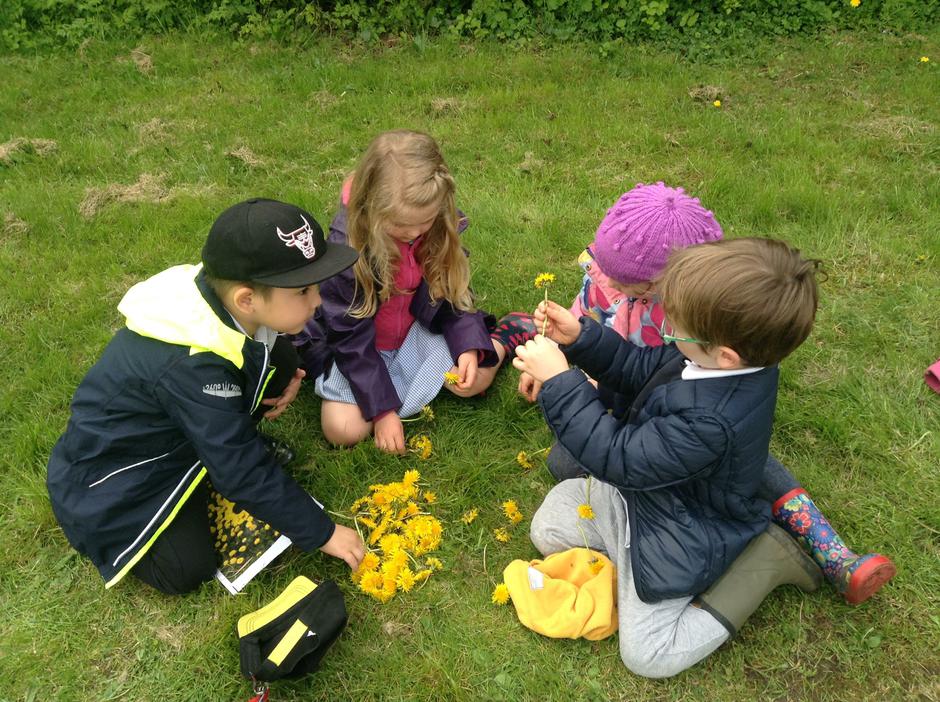 The weather was perfect today for a picnic in the forest school. We made sandwiches in class. We talked about how to get ready for a cooking activity including washing hands, tying hair back and cleaning the surfaces. We identified the ingredients that we needed to make the sandwiches and the equipment too.

Each group had a job to do. The dolphins grated the cheese and cut the tomatoes into quarters, the whales and the seahorses buttered the bread and the sharks shredded the lettuce. The turtles put jam on the jam sandwiches. Everybody then chose the filling they wanted for their sandwich and put it all together. The teachers cut the sandwiches in half and wrapped them in clingfilm ready for the picnic. Everybody wrote their name on a label so we knew who's sandwich was who's. Then we went into the hall to do some dancing with Amy from dazzle Dance. We used up lots of energy so we were definitely ready for our picnic!

We went up to the Forest School, cleaned our hands with wipes and then sat and ate our yummy homemade sandwiches. They were scrumptious!

We talked about our new topic Can we build it?

We discussed buildings with our partners and made a class list of all the types of buildings that we. We described features of the buildings and then thought of something we would like to find out about each one.

We also shared our fantastic learning logs with the class and wrote sentences about our holidays in our golden books.

In maths this week we have been using language to compare amounts. Then we learned how to find one more and one less than a number by counting on or back. We really enjoyed playing the more and less dice game, some children played it every day!

We had to use our recording and reading skills to write the numbers in the correct boxes. then we used a number-line, objects or just our brain only to work out one more and one less than the number we had rolled. The Seashells were so good at it that Miss Baron had to find a dice with bigger number on it!

Fun with more and less 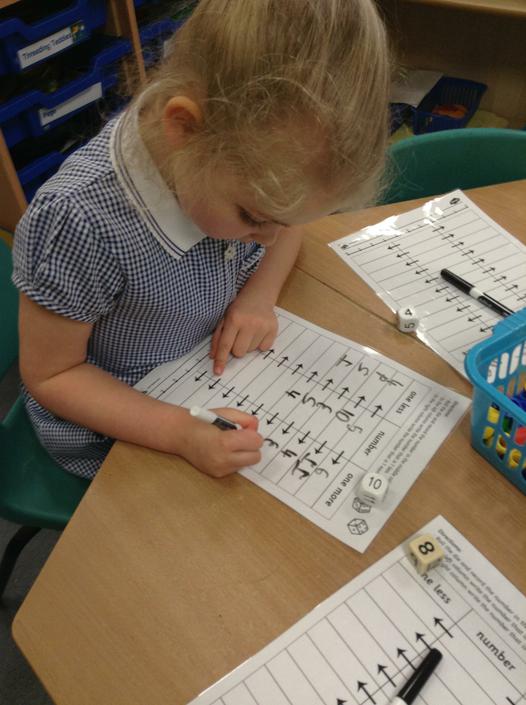 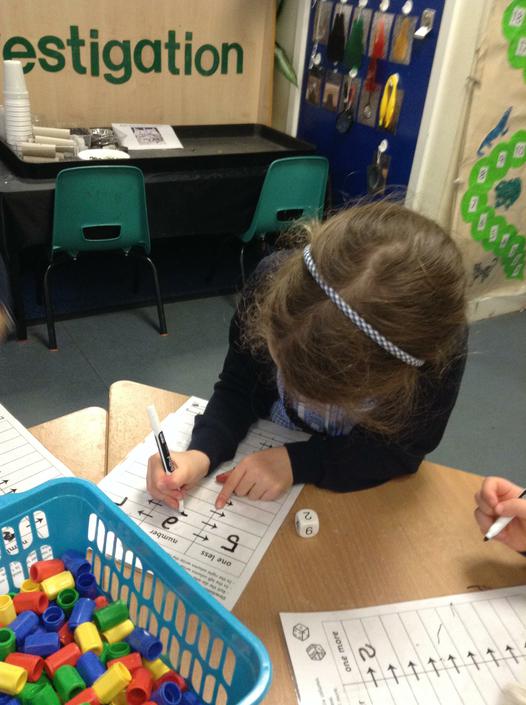 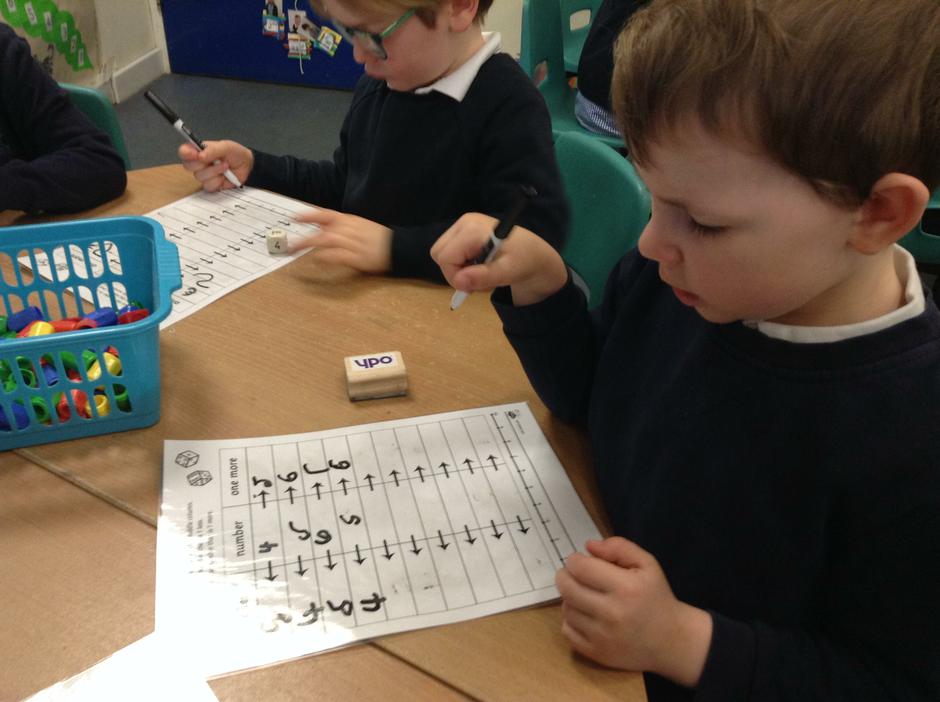 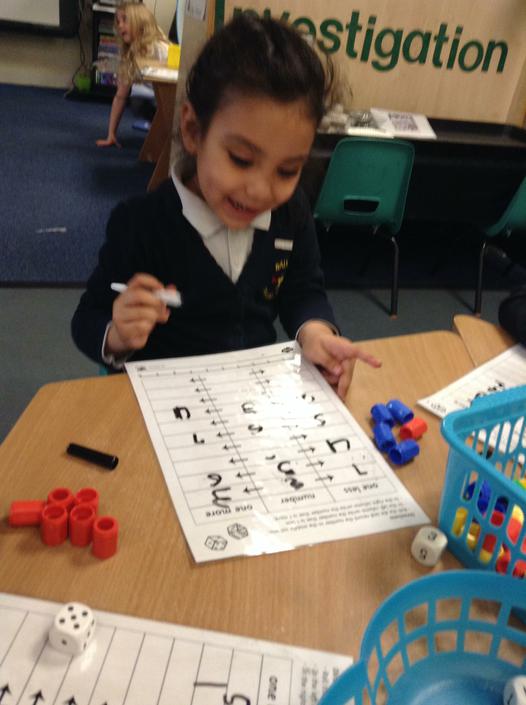 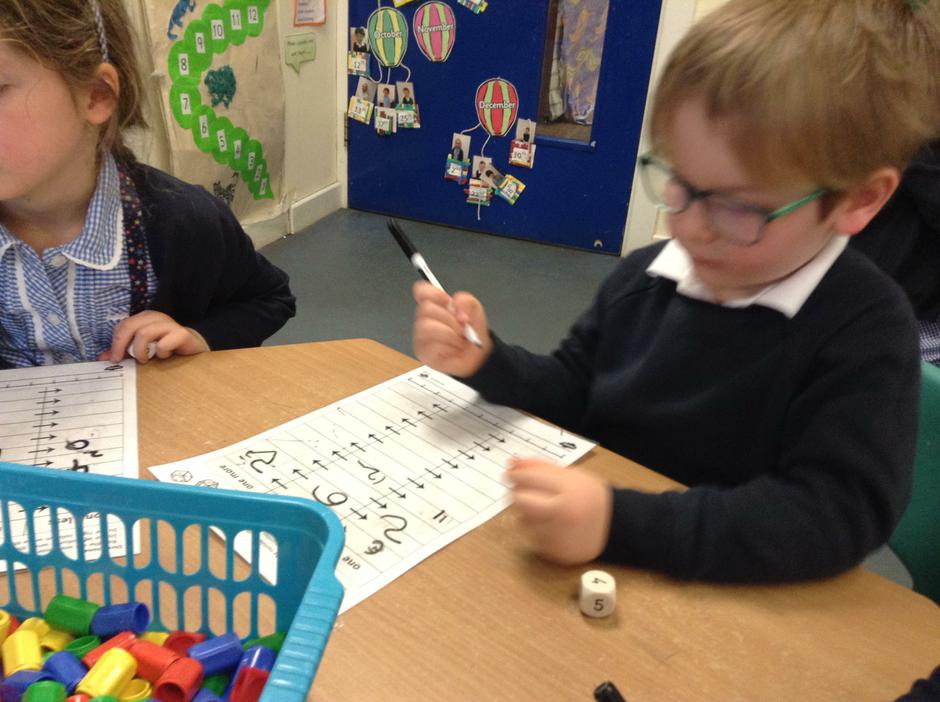 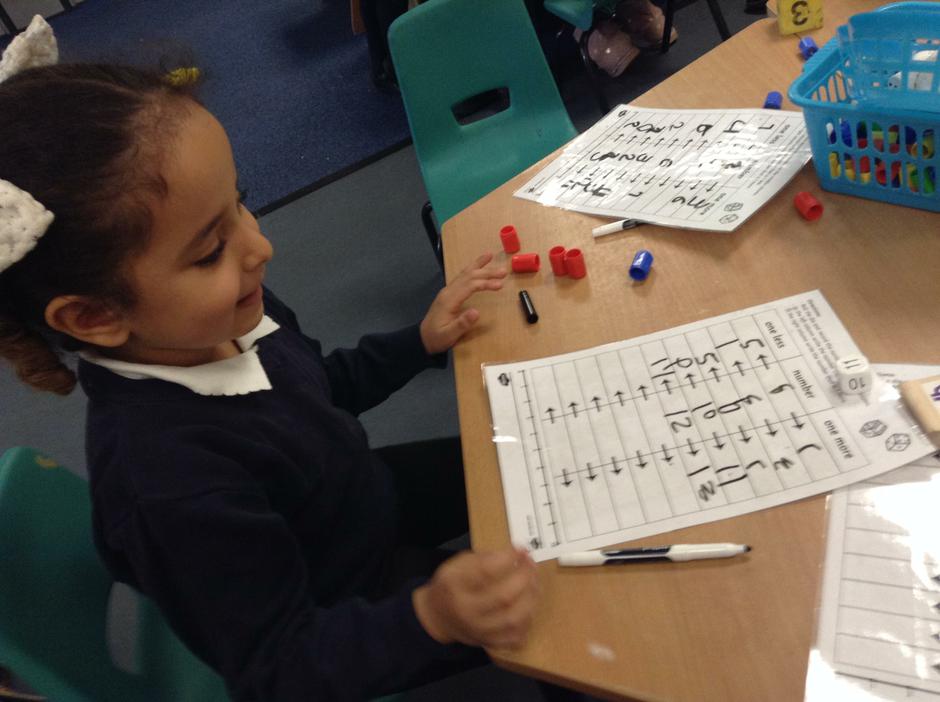 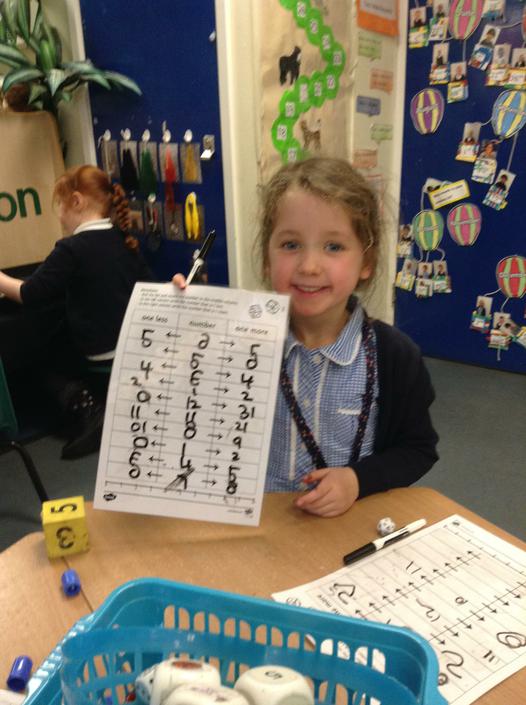 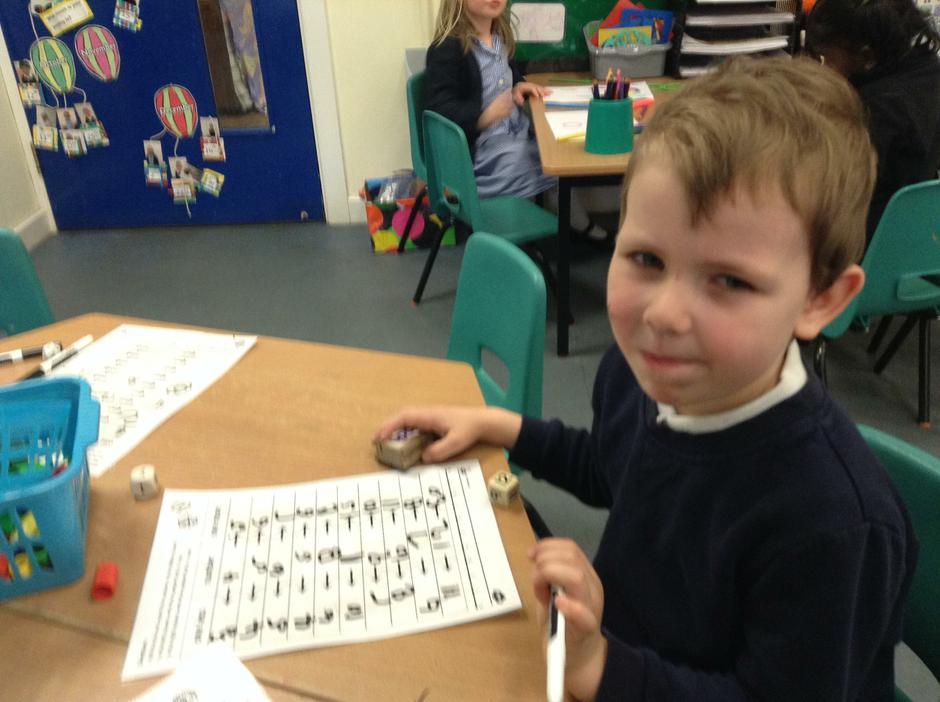 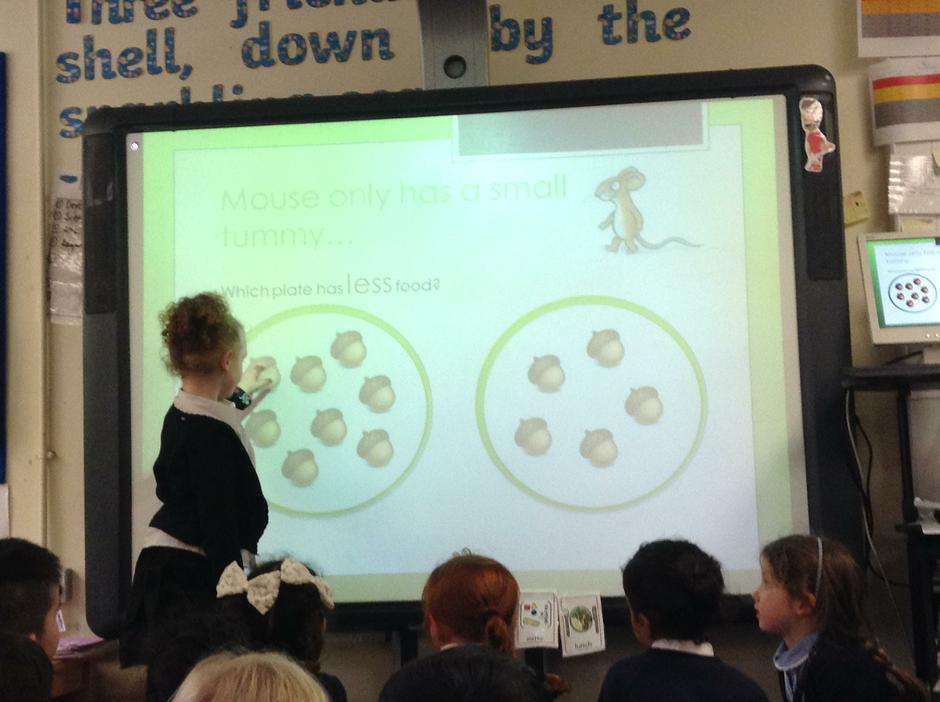 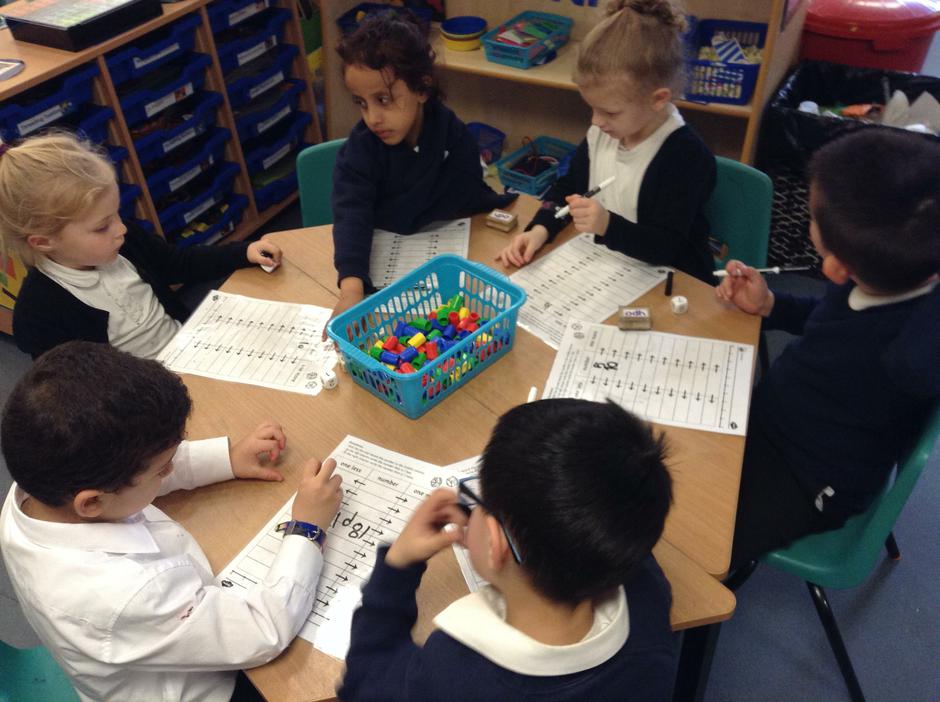 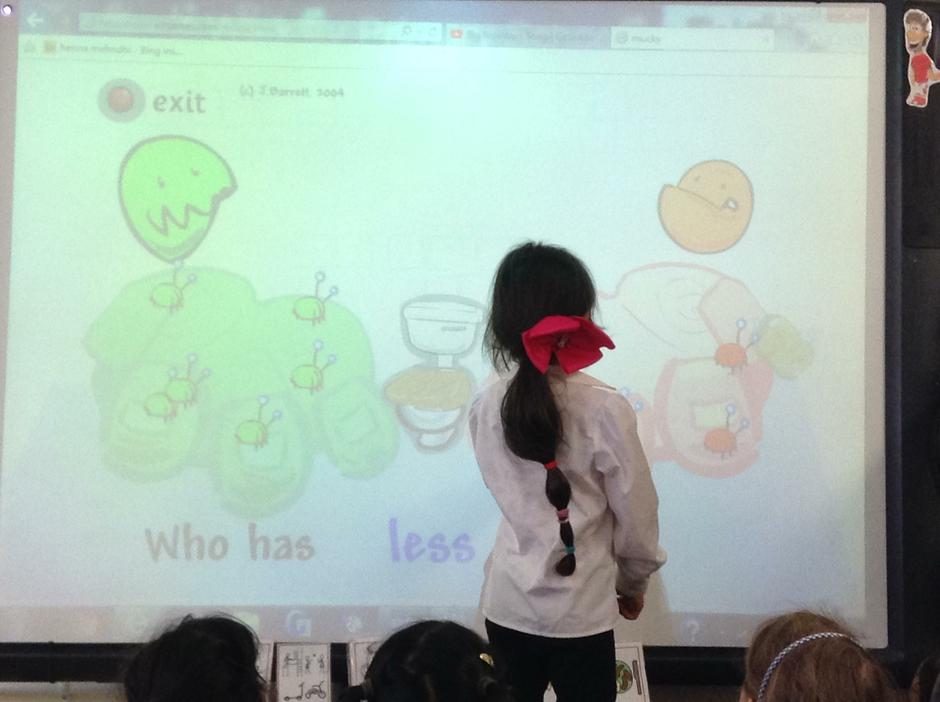 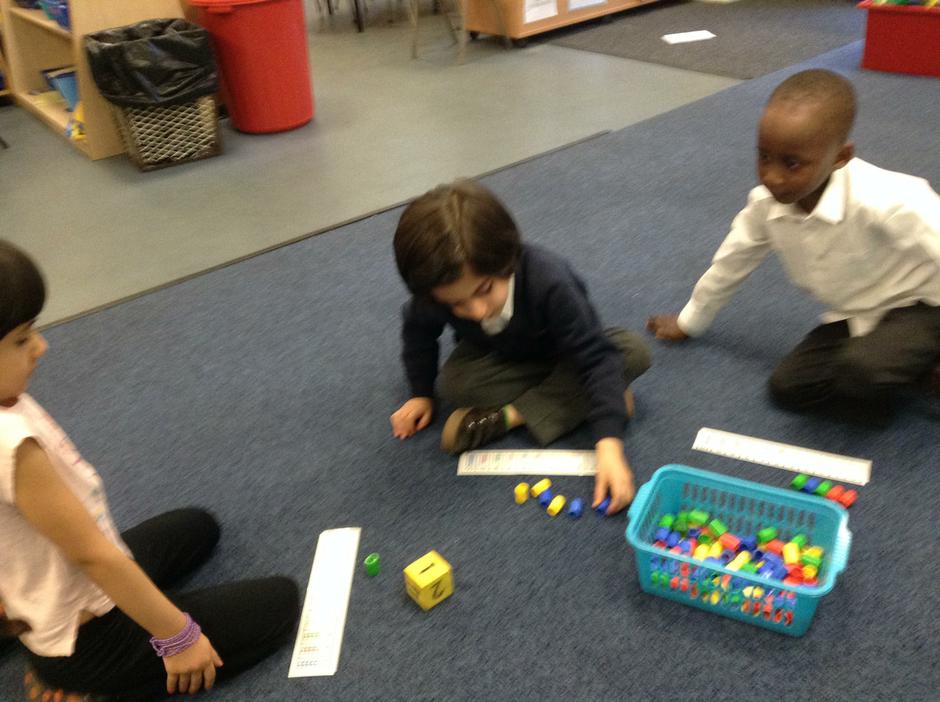 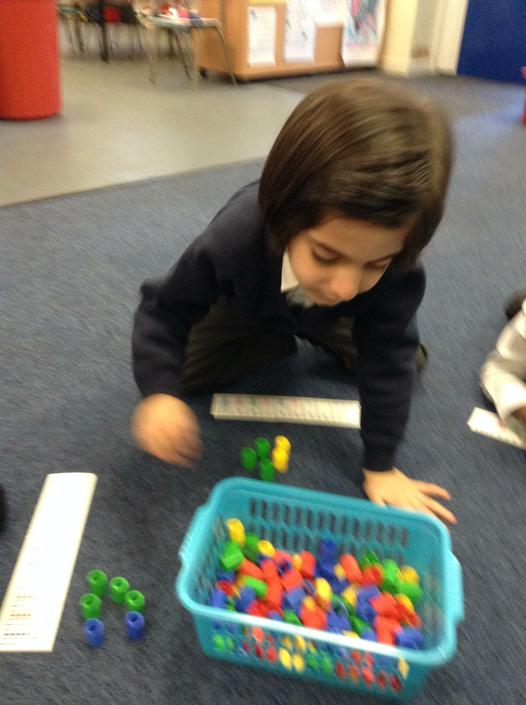 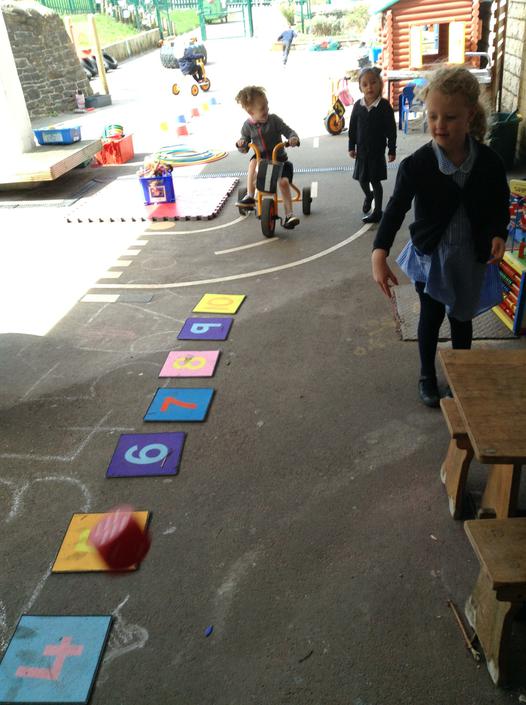 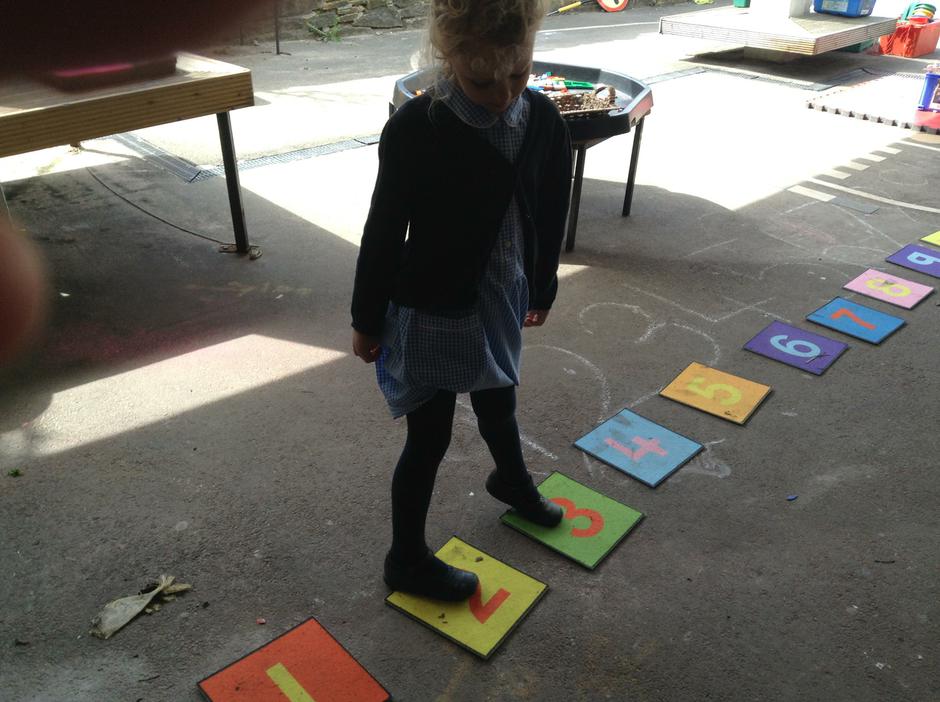