A delivery of caterpillars!

This week we have had a special delivery, four hungry caterpillars arrived at the Seashells class in a tub with lots of food. We are going to observe them over the next few weeks to see how they change.

They are already growing very quickly. When we got back from Easter weekend they were double the size and had become all furry. Do you know what will happen next? 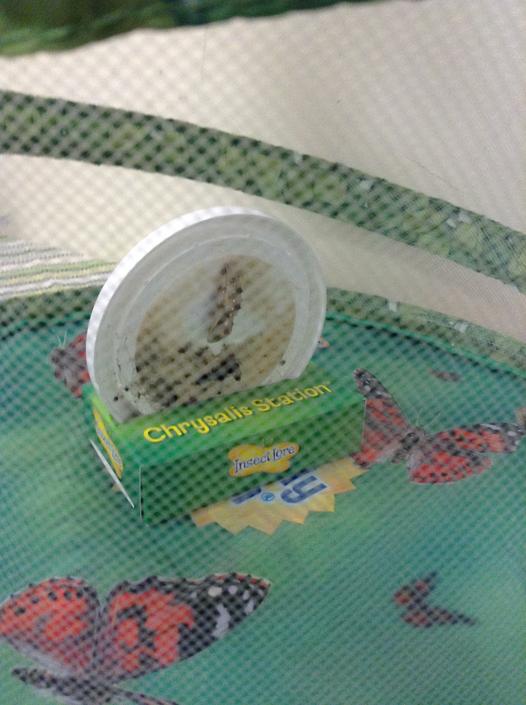 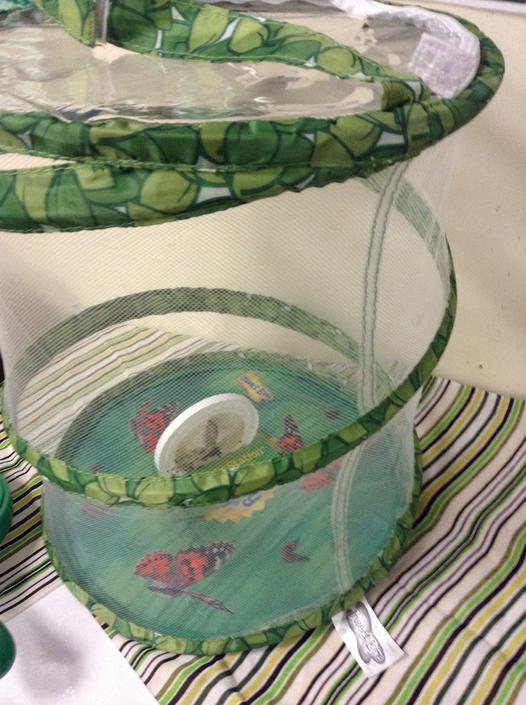 The King of tiny things

This week we have been reading the story 'The King of Tiny things'. We received a tiny letter from the King asking us to be creepy crawlie Kings and Queens and to help him to look after mini-beasts. He was worried about the insects in the forest and asked us to find out which mini-beasts live there so he can help protect them.

We went on a mini-beast hunt and recorded what we found using tally charts. Later this week we will write back to the King and describe what we found.

Have you got seen any mini-beasts in your garden or around your home? Can you name them?

Letters to the King of tiny things

Mini-beast homes in the forest school

This week we had another challenge set by the King of Tiny Things. Now that we know that there are lots of mini-beasts living in the forest, he asked us for help to protect them by making them some houses.

We watched this video clip all about insects. https://www.bbc.com/bitesize/clips/zq3ygk7

For example: bamboo with holes in for insects to hide or sleep in, and bark for them to crawl over.

Next we worked in our groups to collect lots of these materials from around the forest. We also had some straw and some pine cones that Miss Baron had brought with us.

After that we had to make the houses. Each group had a plastic bottle which had been cut open. We took in in turns to add materials to the bottle until it was very tight and full. It needed to be jam-packed so that none of the material would fall out on a windy day.

Finally we chose a place in the forest for each insect home to hang or sit.

Tell your grown up which materials you used in your insect home.

Maths in the forest

We have done lots of maths in the forest school this week. We've made shapes with sticks in our groups. We had to think about the characteristics of the shapes to know how many sticks we needed and whether they had to be straight of curved.

The children were brilliant at identifying the name of their shapes.

We also learned about length. Miss Baron set us some challenges. We had to find a stick that was shorter than hers and one then we had to find one that was longer. Finally we had to find two sticks that were the same length. Then in our groups we collected a stick each and put them in order from shortest to longest. We talked about how to measure length using cubes.

On Thursday we did some counting using string and flowers. We had to put our pieces of string into a circle on the grass and then count how many daisies or dandelions were inside it. we compared our total with our friends.

We love eating food that is cooked on the fire. So far this year we've eaten toasted marshmallows and baked potatoes with cheese. We wanted to fit in some maths as well this time so we made fruit kebabs in repeating patterns. Then to make them extra tasty we sprinkled them with icing sugar and Mr Butler very kindly cooked them for us on the fire. They were delicious!

Tell your grown up which fruit you used to make your kebab. Describe your repeating pattern.

This week we have been learning about bees. We looked at some information books and watched a video to find out what they look like and what important jobs they do. In the computing suite we used the fresco paint programme to draw pictures of bees using the mouse. We thought about the 3 body parts, the number of legs and other features such as a stinger and feelers (or antennae).

The children were brilliant at using the mouse with control, especially since lots of us are only used to touch screen tablets or computers which don't need a mouse.

In the afternoon we created honeycomb patterns using bubble wrap. We drew around hexagons and cut them out carefully, then we used paint and bubble wrap to create a pattern a bit like honeycomb. Later this week we are going to add some bees to make a beehive display. 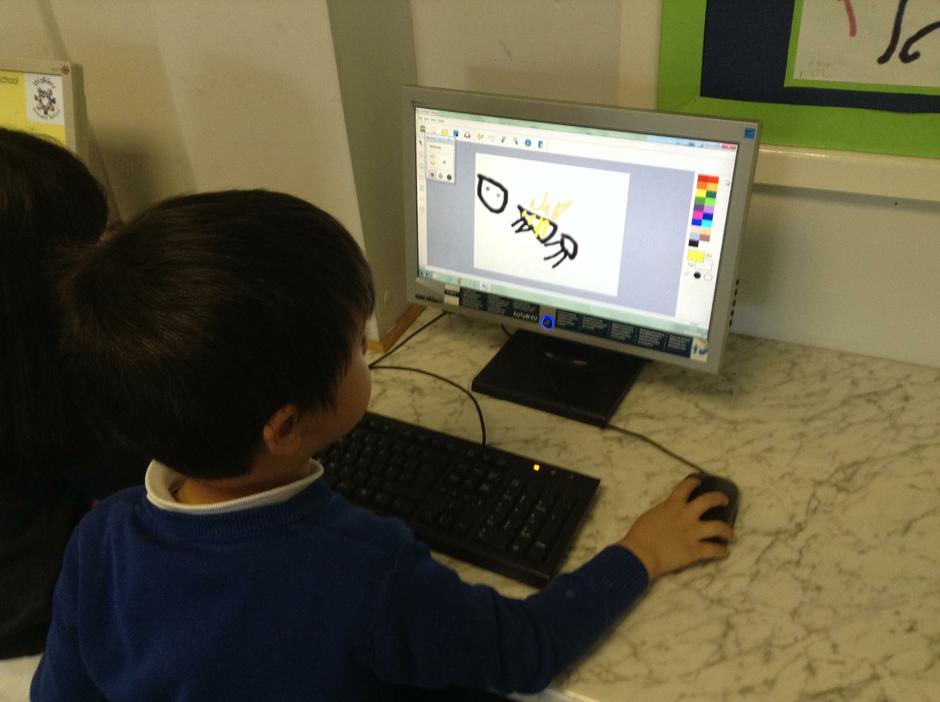 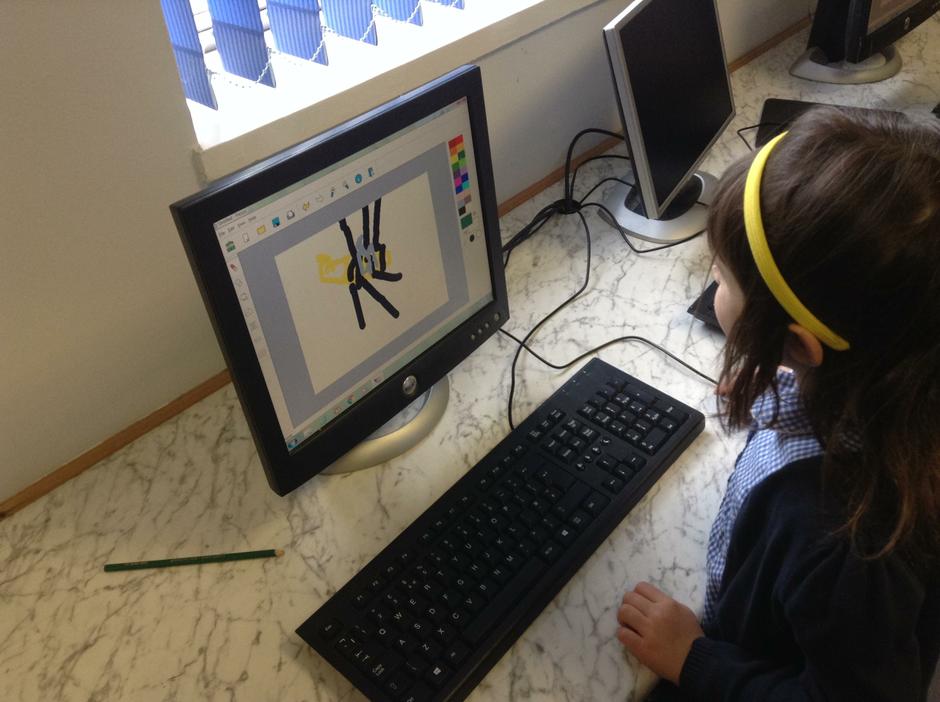 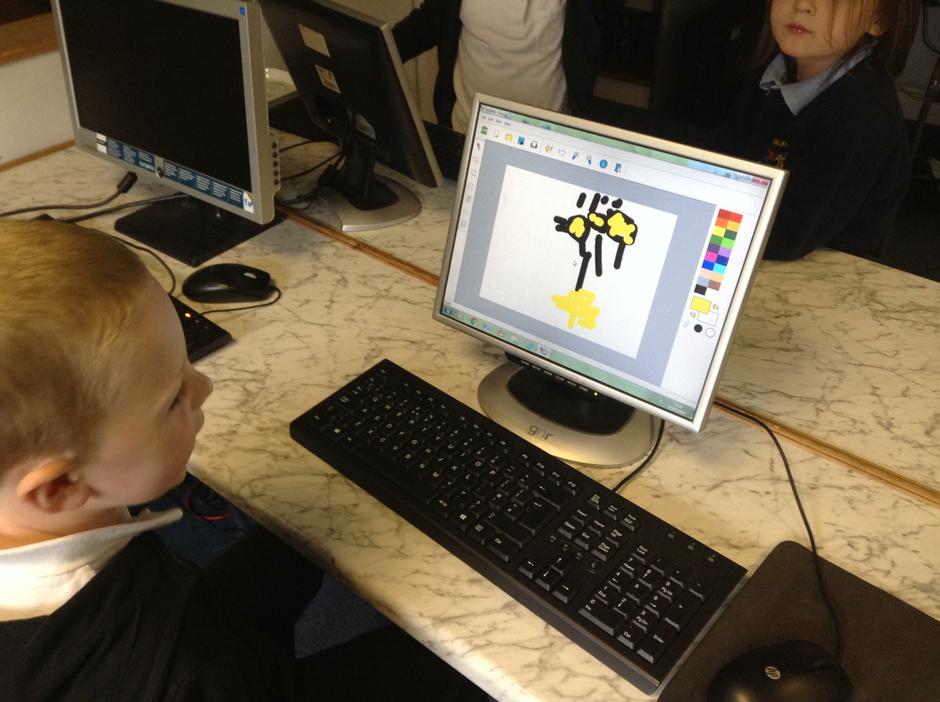 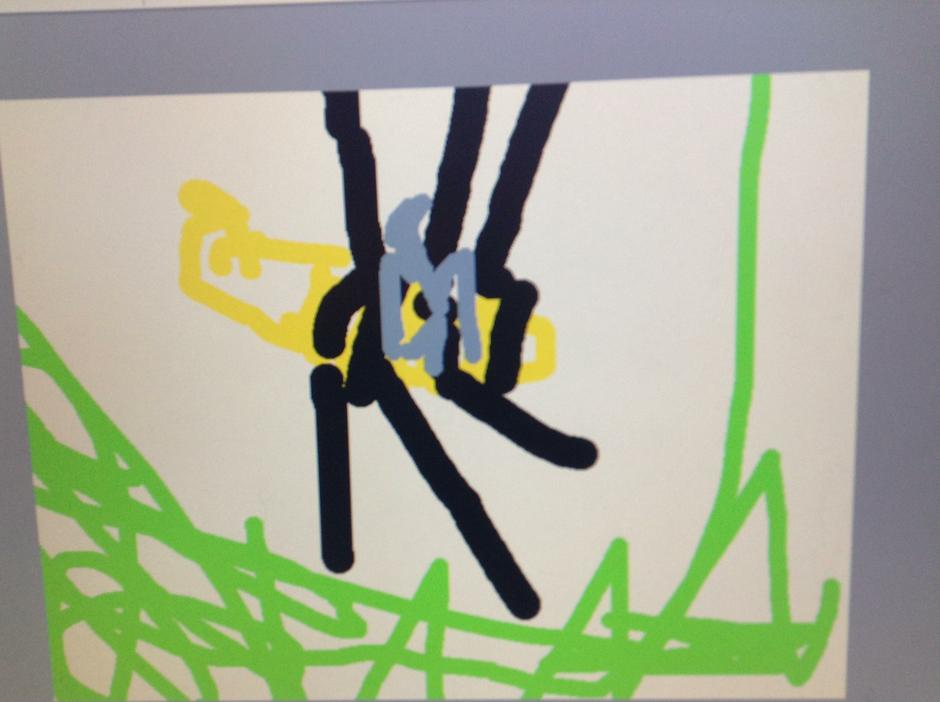 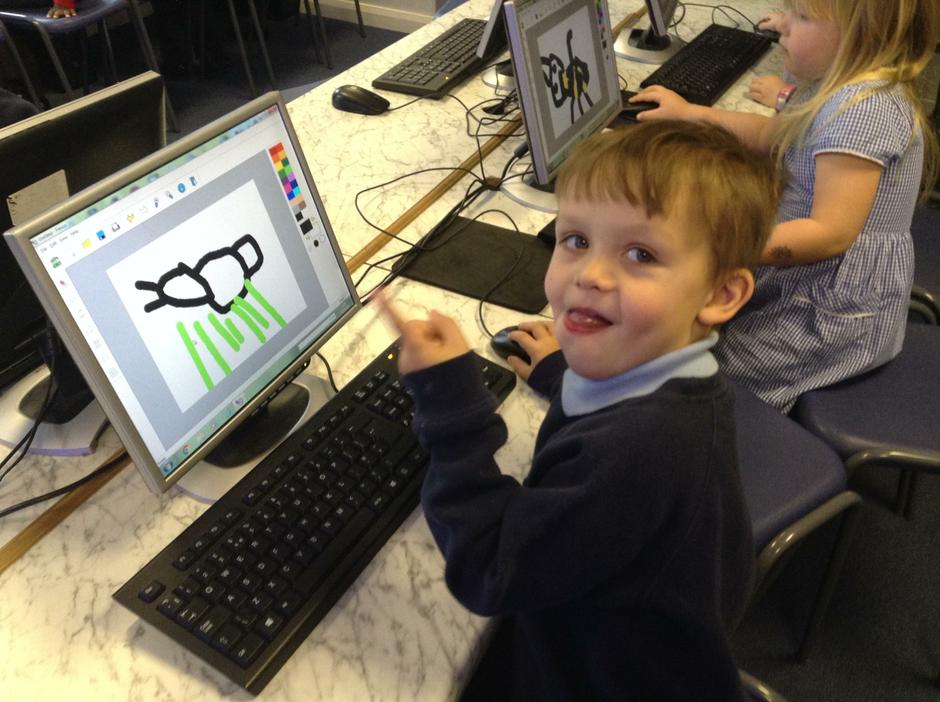 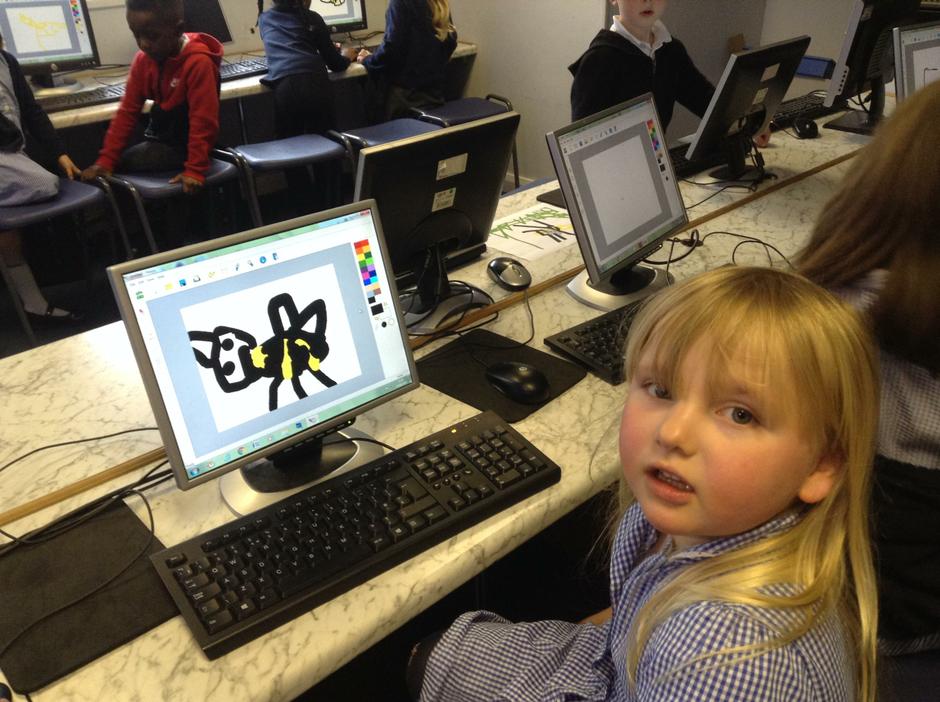 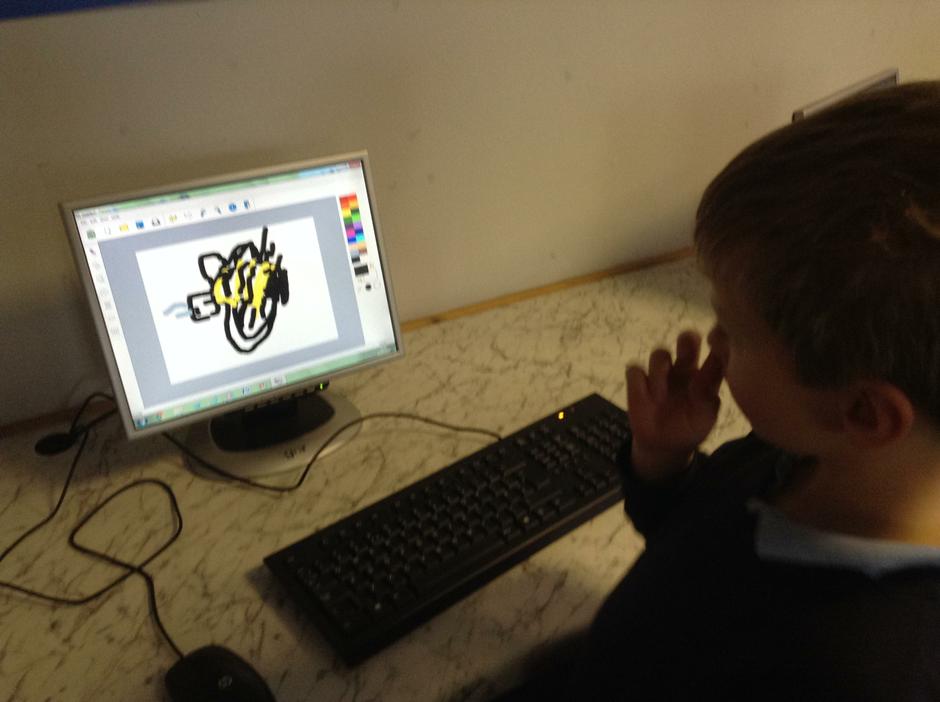 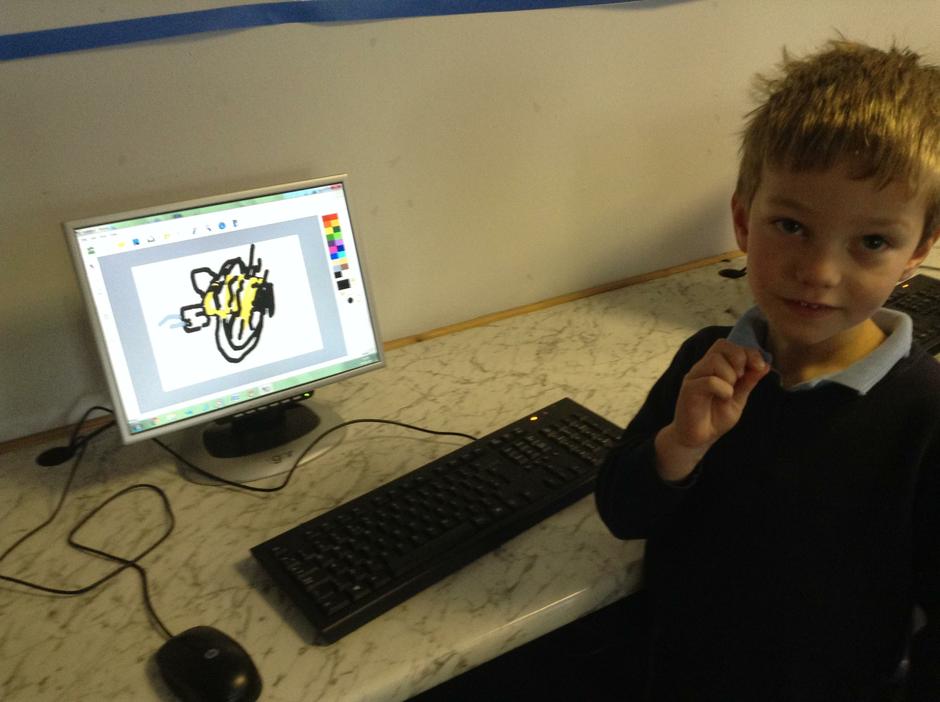 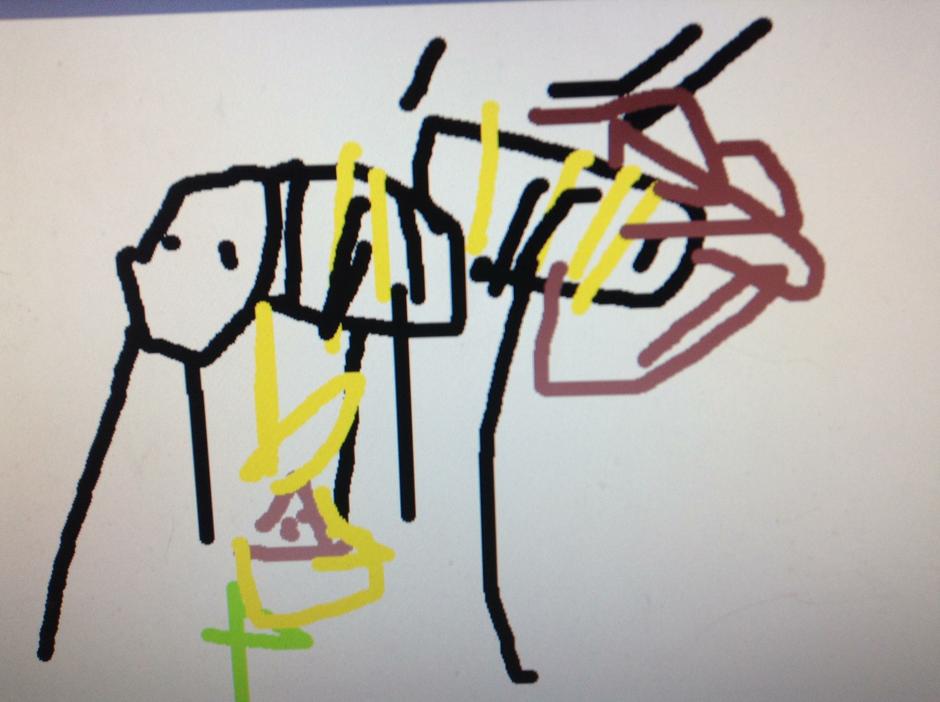 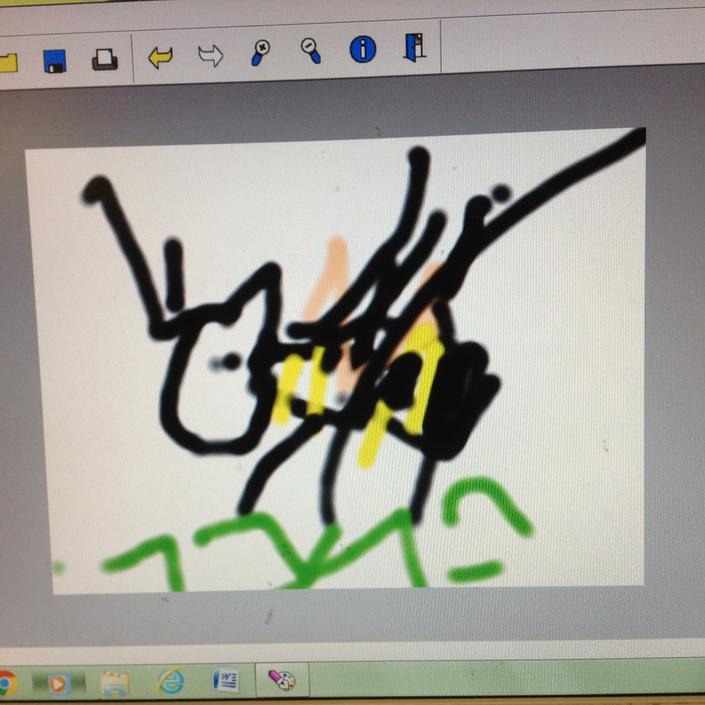 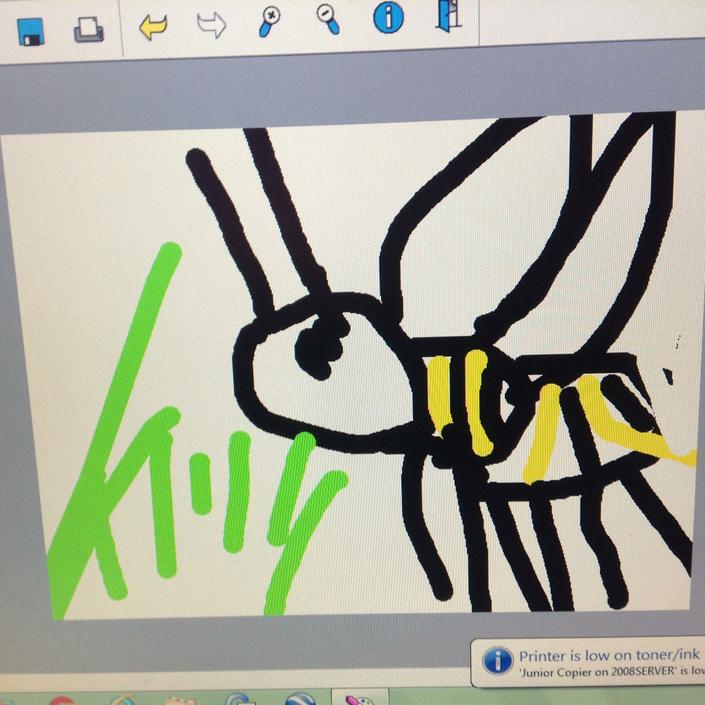 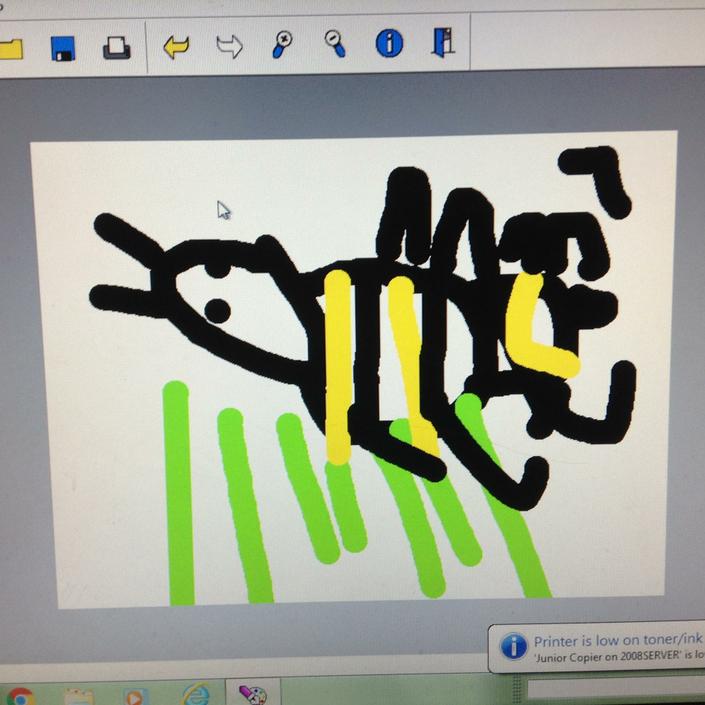 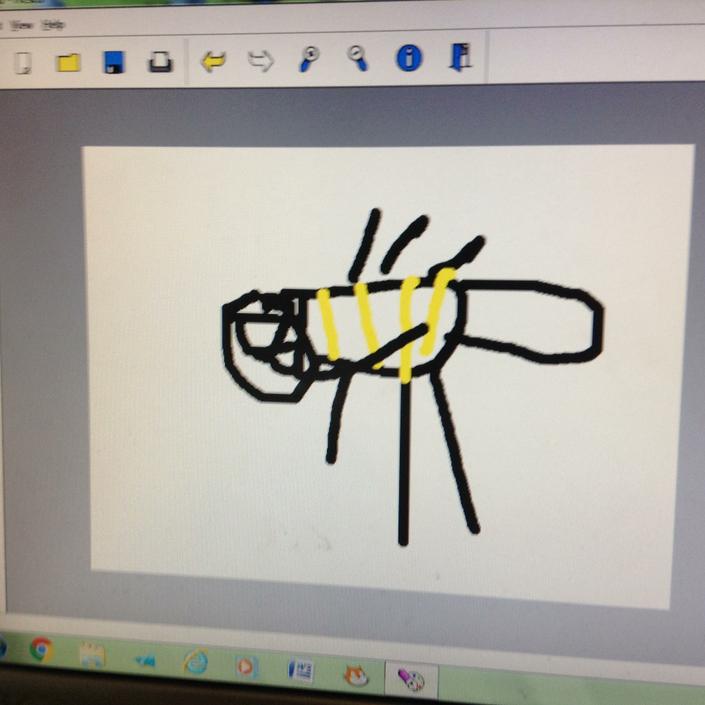 What's happened to our caterpillars?

You might be wondering what happened to the caterpillars that were residing in our classroom at the beginning of the term.

Well we checked up on them every day and watched as they got fatter and fatter and fatter! Then after a few weeks they started to move to the lid of the tub and made J shapes. Unfortunately we were so excited to see this change that we handled the tub a little bit too heavily and 4 of our caterpillars sadly died. However, one survived and made it's cocoon. Then after a week or so we arrived at school to find that it had changed into a beautiful painted lady butterfly and was flying around the insect house!

We watched it for a few days and Miss Baron put some sugary water and orange into it's house for it to drink. Then finally we let it go. Below is the video of it's release.

The Seashells have been working so hard this term and have deservedly reached the top of the Class Wide Reward chart. The children voted for a football and hula-hooping party. Football kits and sportswear were brought in from home or borrowed from school. everyone looked like sporting superstars!

We started off the party watching footy pups to learn some defending skills. Then we went into the hall fro some hula-hooping fun. Miss Baron was amazed at the pupils skills. We've only done  a little bit of hula hooping in PE so everyone must have been practising at home because you were all brilliant! We had a little competition and JY was judged as the best hula hooper. It was so had t choose though!

Next we played some football. We dribbled the ball around the cones and then fired it at the goal. So many goals were scored. Well done everyone! Finally we had some well-deserved oranges and fruit squash whist watching some more footy pups. What a great way to celebrate all your success Seashells!

The children have been learning all about bees. We discussed the amazing job they do and how they work really hard to make honey. 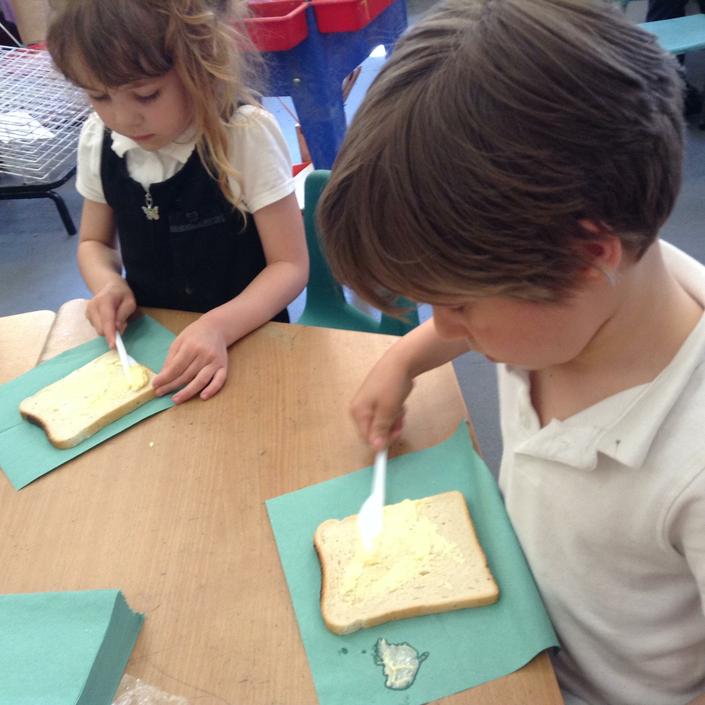 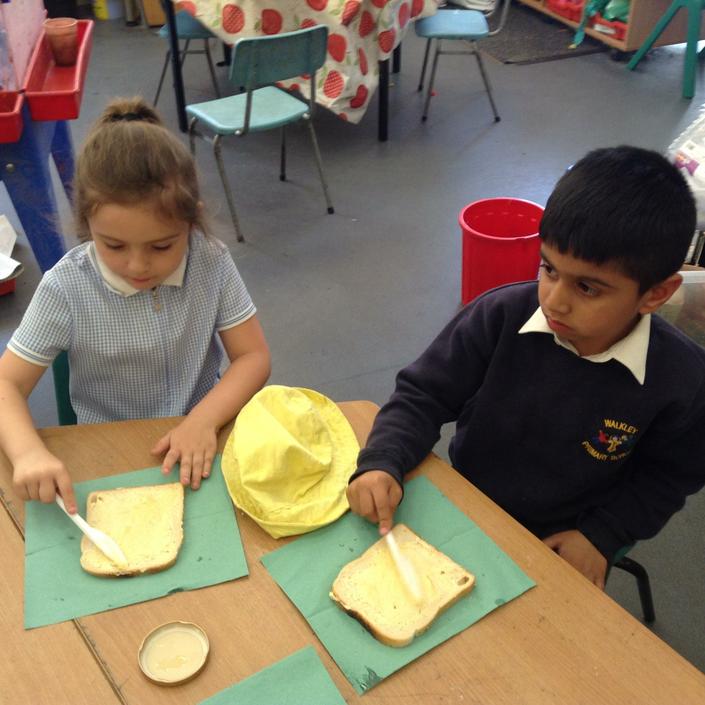 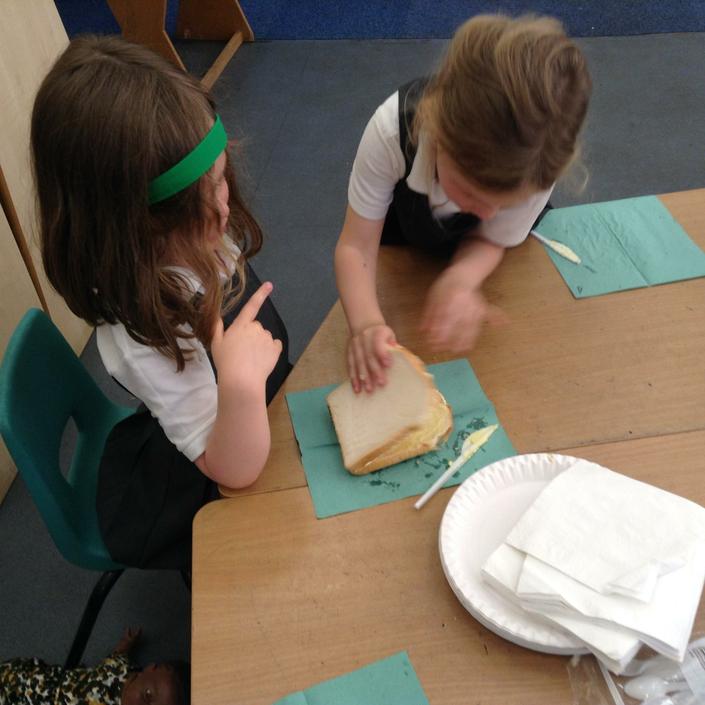 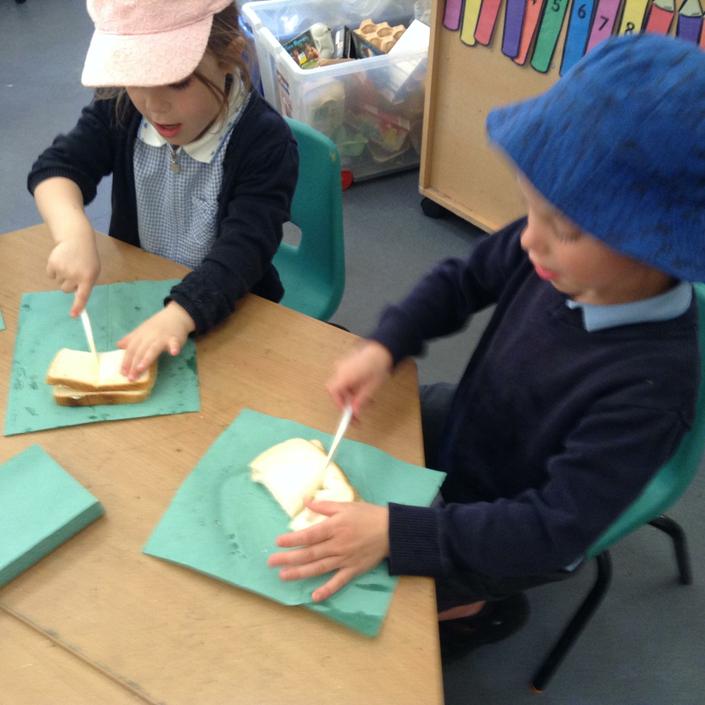 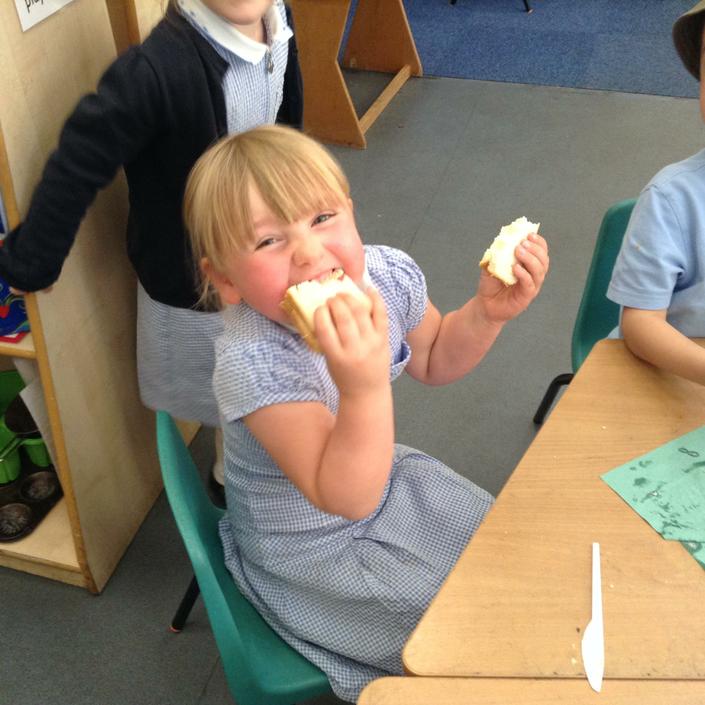 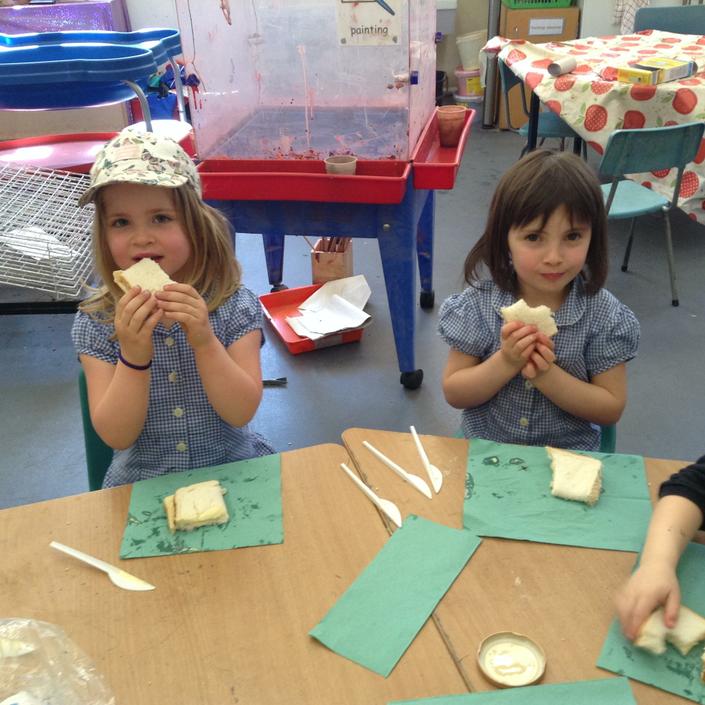 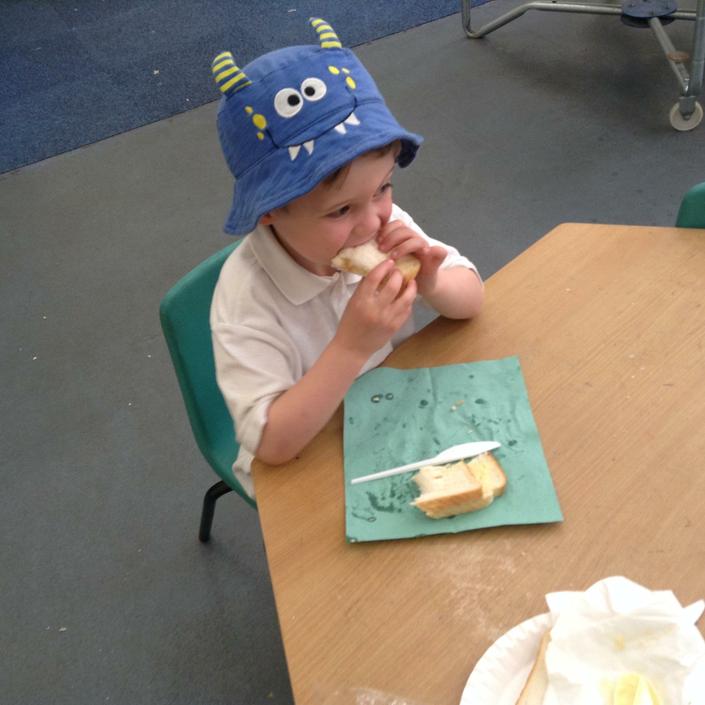 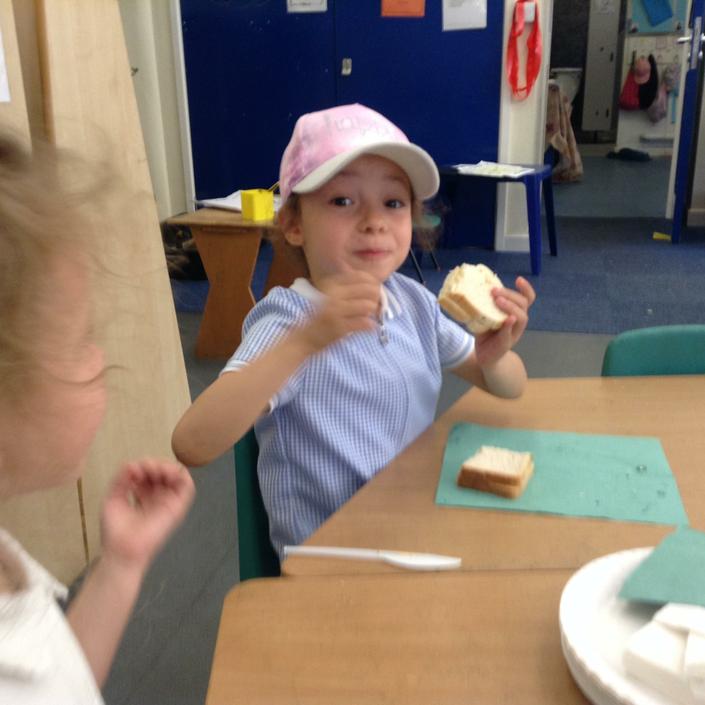 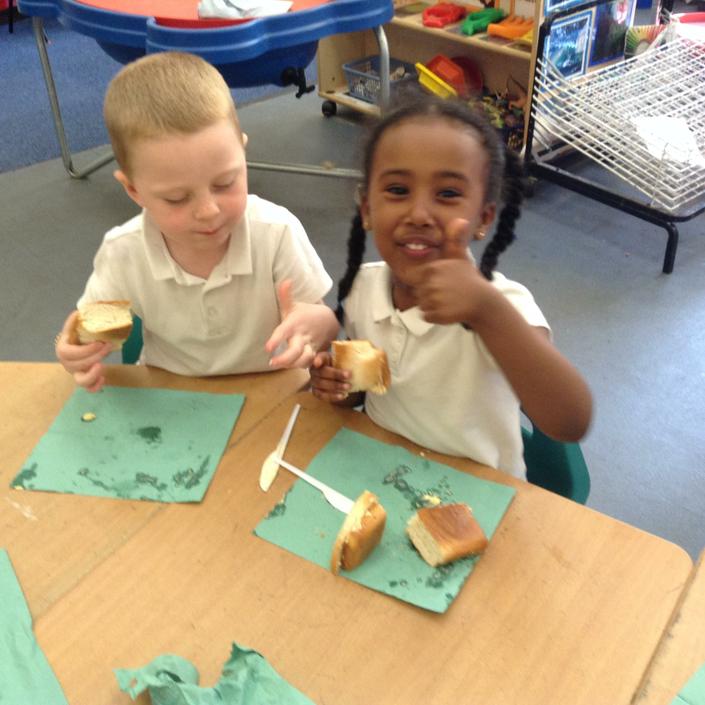 This week we read the story of the Bog baby which is a story about two sisters who go fishing in a magical pond and find an unusual creature. We had a discussion about whether it was right to take the Bog Baby away from it's home. The children discussed what they would have done. Then we did some drama called Conscience alley. We made two lines and two children acted as the two girls from the story. Then they had to walk between the two lines whilst the other children gave their thought about what they should do with the Bog baby. At the end they had to make a decision. They decided to take the Bog baby home to study it as no-one had ever seen a Bog baby before.

After that, we read some more of the story and found out that the girls made the Bog baby a home. We decided to do that too. The Seashells were brilliant at coming up with imaginative ideas for what their Bog baby home would look like and what exciting things it might have in it to make the Bog baby feel safe and happy. Some examples of their brilliant writing are below.

This week we found out that the Bog baby was missing! We talked about what we could do to help find him. We decided that we needed some lost posters and lots of pictures of him in case people found him and weren't sure what he was or how to help him. To start with we practised drawing him from a description just like a sketch artist might do. we sat in partners and one person had to imagine that they had never seen a Bog baby before, whilst the other person had to describe the Bog baby in as much detail as possible so that their partner could draw him.

Then we composed sentences about the Bog baby to add to our drawings. We described what he looks like and also the things he likes to do to help people know where to look for him.