This week, we've really been digging deep into our history topic: Just how great was Alfred the Great? - the Anglo-Saxons and the formation of England.

Children have rotated round a carousel of activities designed to give them an insight into some of the changes that have occurred in the British Isles since the Anglo-Saxon migration. These have included:

- decoding, and writing their own, messages in runes;

- discovering which animals used to live in the British Isles;

- having a conversation in Old English;

- and conducting an archaeological dig for historical artifacts. 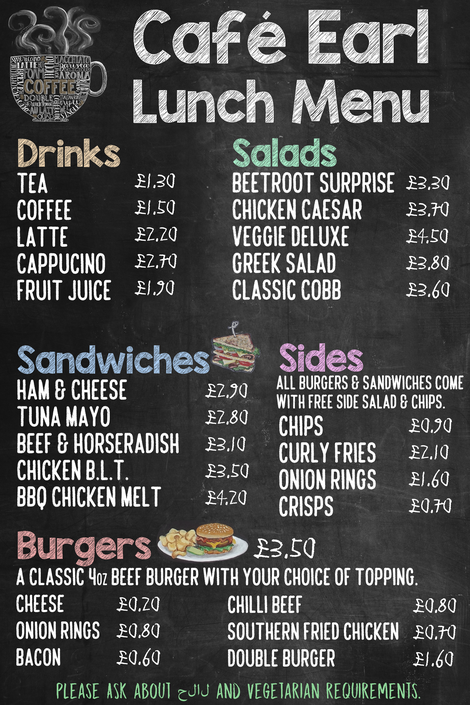 In Mr Earl's maths group this week, we've been practising the expanded column addition method. This week's homework re-enforces the use of this method. In class, we moved on to using the method to solve real-life problems.

Can you find out how much it would cost to order a cup of tea and a bowl of chips?

What about a fruit juice and a Greek salad?

A family orders three sandwiches: a tuna mayo, chicken BLT and a BBQ chick melt. How much will that cost?

How much would it cost to order everything on the menu?

Tell Mr Earl your answer to earn the house points!

This week we have been continuing to explore OS maps by looking at the local area.

Tennyson Building is in grid (56,13). This is a four-figure grid reference.

Can you explain to your parents how to be even more precise by using a six-figure reference to locate Burnaby Building?

What about Walkley Library?

In Science this week, we have been discussing how living things are classified. We will continue to look at this throughout the year as we aim to grasp the bigger picture, but started off small this week - with classifying mini-beasts.

Can you remember some of the classification questions that we used when playing '20 Questions'?

What happened after the Roman withdrawal from the British Isles? 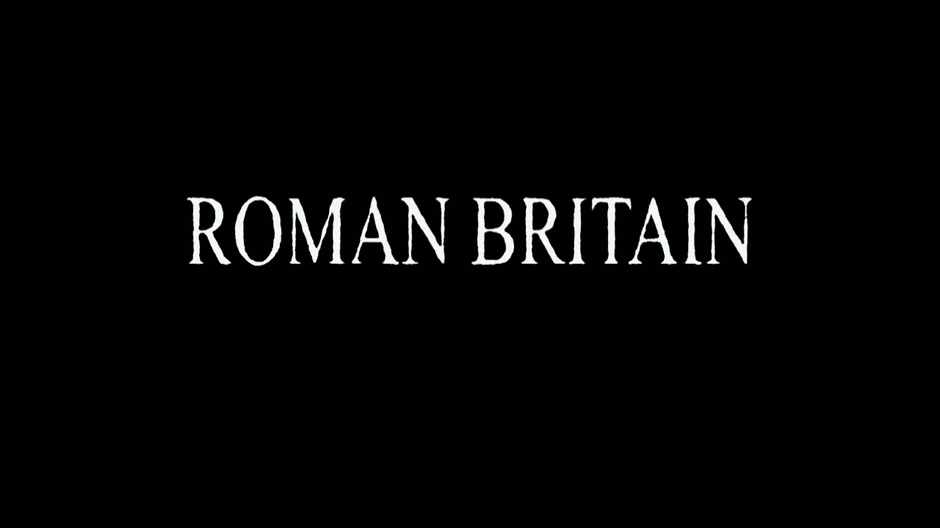 Which elements of life under Roman rule do you think would have been continued by the Britons after the Romans left?

The Roman army had occupied most of Britain for nearly four hundred years. Then in 410AD, due to attacks upon land close to Rome and economic problems (not enough money/resources to manage such a large empire), the Romans withdrew their army to support the Empire in Europe. Before we find out what happened after they left, let's recap what Roman Britain was like:

- How did the Romans change Britain?

What happened after the Romans left?

The Romans didn't take their buildings with them. After all, how could they? The Britons who were left over (along with some of the Romans who deserted the army) made use of what was left over. The Britons were descended from the Celtic tribes that lived in the British Isles when the Romans arrived. They would also include people from across the Empire who had settled down and started families.

The majority of Britons

Most Britons took the opportunity to expand their own farm land without having to pay taxes or give food to the Roman governors. Some new villages sprung up as extended friend and family groups would work together to survive. It takes a lot of effort to grow food, make clothes, raise children and farm animals. It's easier to do it together. Some building resources would have been taken from Roman buildings.

Those who took over Roman forts and towns became powerful. With defensive walls, pre-built stables, wells and granaries and forges for blacksmiths, the forts allowed tribal leaders to equip their warbands with food and weapons. These tribal leaders would become kings of British kingdoms (or lords who served under the kings). Some were already tribal leaders and some seized power through force. These British kings offered protection to villagers in return for food, animal skins and labour. Oddly, money gave way to barter in this time.

We've had a lovely first week back to school in Charlies class. The children have settled well into school routines and have made a real effort to impress during lessons.

There a few things to be aware of this year:

- PE lessons will be on a Monday afternoon. We shall only have one PE lesson each week until the end of January, as Swimming also counts towards our PE time. After Swimming finishes, we shall then have two PE slots per week.

- Swimming lessons start on Wednesday 12th September. You can find out more about them here.

- Walkley Primary School provides free violin lessons for all Year 4 pupils as part of the Music curriculum. Delivered by dedicated staff from the Sheffield Music Hub, our Music lessons will take place on Thursday afternoons. You don't need to sign anything or worry about practising at home - just enjoy the fact that your children have been given over thirty free music lessons!

I'm confident that the high quality Learning Zone behaviours that your children have already shown will lead to a fantastic year.