The theme for this term's PSHE / online safety learning is about challenging stereotypes. Why do we have the perceptions that men and women, boys and girls have different aspirations, opportunities and futures? What can we do to help challenge stereotypes about gender, whether they be obvious or not?

In our launch assembly and also within class, pupils have discussed 2 stories. The story of Hua Mulan from the Ballad of Mulan dating back to 500AD in Ancient Chinese History which describes how one male from each family was called to serve in the Emperor's army. Mulan, to defend her father who was old and weak, and as her younger brother was just a child, decided to take her father's place and bid farewell to her parents, who supported her. She was already skilled in fighting, having been taught martial arts, sword fighting, and archery by the time she enlisted in the army. In order to enlist in the army however, Mulan disguised herself as a man. For it was forbidden for females to fight in the war.

Our second story 'Amazing Grace' by Hoffman and Birch, celebrates the journey of Grace as she overcomes barriers, stereotypes and prejudices which stand to limit her desire to be 'whoever she wants to be'. Empowered by the strength of her imagination and the love of her mother and Nana, this dramatic, creative girl constantly adopts roles and identities: Joan of Arc, Anansi the Spider, Hiawatha, Mowgli, Aladdin. When her class plans a production of Peter Pan, Grace knows the character she wants to play and she holds fast despite her classmates' demurrals; Nana, meanwhile, reminds her granddaughter that she can do anything she imagines. When Nana takes Grace to see a famous black ballerina-from back home in Trinidad, the determined youngster is inspired by the performance, and wins the role of her dreams. Peter Pan!

PSHE - Themes covered: Health and Wellbeing, Relationships, Living in the wider world. Some examples from the PSHE curriculum with online relevance: 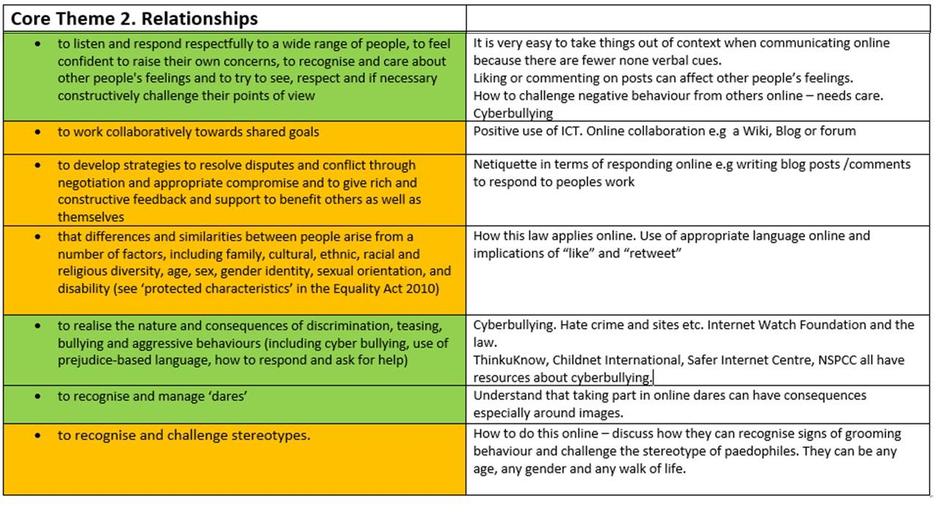 During the Assembly all pupils from F2 to Y5 fed back on the work undertaken in class. Take a look here at the amazing 'challenge stereotype' discussions.